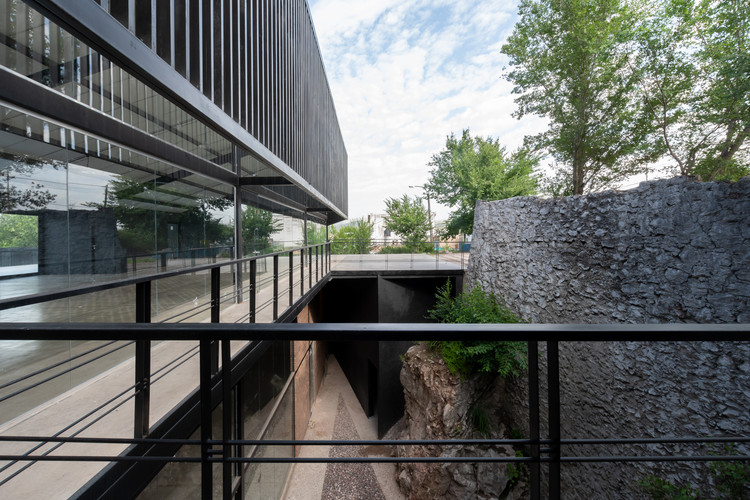 Text description provided by the architects. The project is nestled in the unique lands of the region of Sierras Chicas (low mountain range) in Córdoba, Argentina, and encompasses a set of commercial premises designed around an existing lime kiln which highlights the traces of the industry that gave name to the town of La Calera (in Spanish, “lime kiln”) where it is located.

Having an eight-meter difference of level and being next to Route 55 on both sides, the plot of land has a special feature: a stone wall that is visible from the top of the plot and the opening of the old kiln, a symbolic landmark declared to be heritage for the city.

The proposal consists of a large building with an area of 873 square meters distributed in two levels. Since there is a water tank in the neighboring plot of land, a distance of 1.5 meters separates the building from the party wall, leaving a right of way connecting both stories by means of an exterior staircase.

From the top, you can get into the commercial premises by walking on two concrete footbridges that serve as a balcony from which a patio designed around the kiln can be seen. The interior expands into a large terrace with breathtaking views of the hills.

At the bottom, there is a parking lot in front of the building. The diagonal façade-road design aims to create a visually larger space from the route. This same level back frontage, glazed almost from end to end, serves as a connection between the two commercial premises and the internal patio, which are directly related to the kiln opening. A set of bathrooms completes the project, which supplies the ground floor premises with common utilities. The enveloping diagonal parallel to the kiln and the continuity of the same line on the patio flooring emphasize the importance of the old wall.

Both façades consist of a frame with vertical sunshades and up to three-meter high eaves with lighting, protecting the premises entrance and providing the glazed façade with shade. The combination of cozy exposed brick material and the industrial appearance given by the utilization of black sheet metal is highlighted. 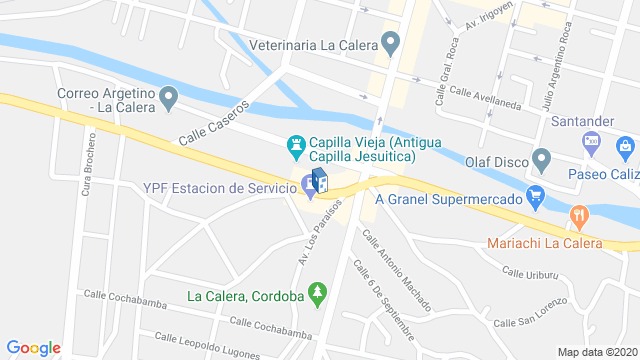