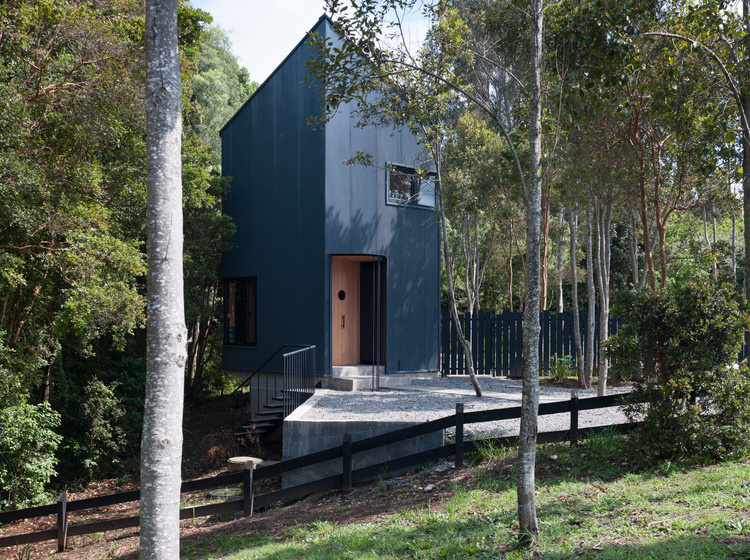 Text description provided by the architects. House Komorebi Is a single-family dwelling designed for rent, a typology that has become common in the area and that carries the challenge to design for an anonymous but identifiable user, mostly young families moving from central to southern Chile. The office was commissioned with the full extent of the assignment; from finding the site, identifying potential users, to the architectural proposal and following to the construction overview, giving us the opportunity to face it as a holistic approach.

In the site, initially an overlooked plot from a suburban development close to Frutillar with pristine native vegetation and a rather uncomfortable inclination, we saw a hidden potential to be used in favour of the project. We took these two variables -inclination and dense wood- as the challenges to solve.

The first response was building a concrete base parallel to the inclination, high enough to match the ground floor level with the -rather small- flat fraction of the site, doubling the sense of horizontality when added to the interior. On top, a two-story steel structure of single section is displaced towards the gorge, leaving the volume partly clinging and amplifying the extension effect.

The untranslatable Japanese word Komorebi embodies the feeling and atmosphere created when the light shines through trees, an experience lived in the house on a daily basis.

The sun path bathes the long facades of the house (east and west) with clear morning light from the open garden whereas the evening light becomes a major experience inside as it portrays and infinite array of colours and hues as the sun comes down through the trees. in both floors the corridors are purposefully located to the west, aisles of contemplation of the light through leaves. The rooms seek oppositely the more stable morning light and distant volcano views. 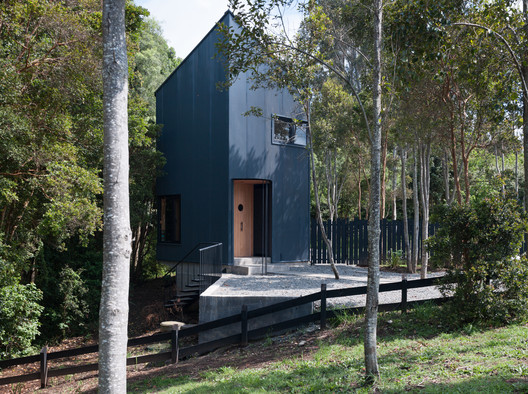