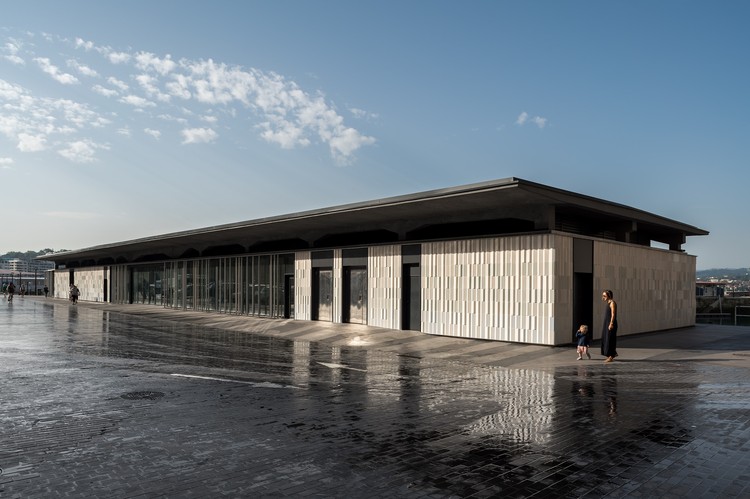 Text description provided by the architects. In 1943, the engineer Luis Tolosa built a reinforced concrete structure in the port of Donostia-San Sebastián following the logic of Modern Movement of Architecture. An austere pavilion, barely a large roof, to store the wooden boxes used by the fishing fleet. The large roof in turn, served as platform for repairing, cleaning and drying of fishing nets. This large roof, which flies getting thinner than the load-bearing structure with its beams and pillars, was undoubtedly the most representative element of the building, which made the building popularly known as the Aircraft Carrier.

In 1988, the project underwent a total transformation, using the old structure as support for the building, which would close off the old roof by adding facades and generating diverse interior spaces.

The project completed in 2019, is conceived nearly as an archaeological exercise that seeks to remove, eliminate those parts that blurred the original project, returning as far as possible the protagonism of the building to the original structure and its large roof. In order to organize the programme proposed in the competition, a set of volumes is placed in the shelter of the roof, which establishes an echo with the stacked wooden boxes that initially occupied that place, in a fragmented way.

In this sense, the project can be summed up as the addition of two actions, on one hand for cleaning, clarifying and on the other hand for the construction of closures and new façades.

These new facades are conceived as continuity with the logic of place and context, but from a clearly contemporary point of view. In this sense, on one hand ceramic is used, as material widely used in the facades of fishermen's houses that face the city's harbor, due to its capacity to withstand saltpeter and the harshness of the Cantabrian Sea. On the other hand, white colour is used, as an iconic colour represented in Royal Yacht Club, built just 100 meters away, and perhaps the most emblematic work of Modern Movement built in Spain.

Ceramic is treated here as a three-dimensional piece, which vibrates in six subtly different whites, some of them matt finished and others glossy finished. On the one hand, is established this relationship with these two close architectures, represented in the context of the port of the city, the popular one and the enlightened one. On the other hand, is pursued a phenomenological effect that makes the façade function as an independent element of the original roof and structure.

By means of this simple mechanism of the asymmetrical triangle, variability is introduced that allows the individual comprehension of each one of the pieces. Unit and set similar to that of the wooden boxes stacked there. In addition, the movement of the sun, changes in light and seasons, as well as the reflection of rain, give the façade a changing appearance. It is full of shades and gleams, as the surface of the sea, face to which the building stands. 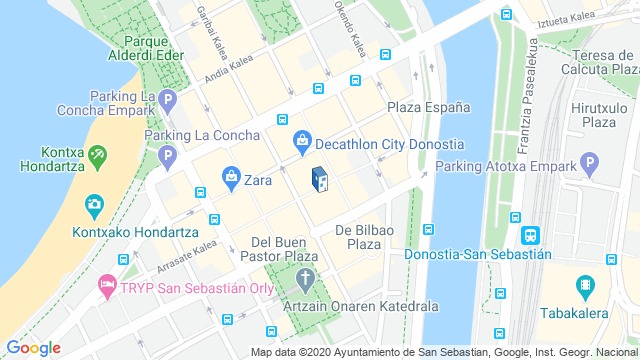 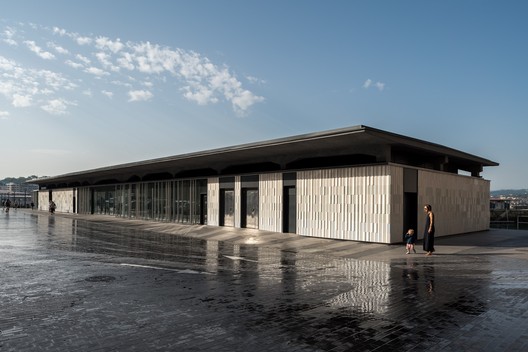