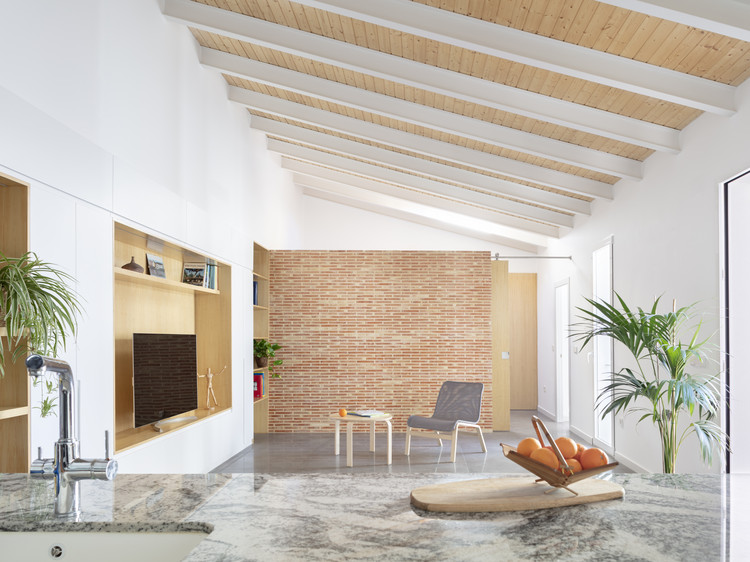 Text description provided by the architects. C11 HOUSE is the rehabilitation of a family house formed by layers of time. Each generation had been adding fragments to this former house, so that the Mediterranean patio house couldn’t be recognized anymore. The project arises with this fundamental idea: to recover life around the patio and give back a clear environment and its former landscape.

The previous succession of enclosed rooms becomes a fluid and changing space, thus allowing cross ventilation and bringing light to the core of the house. The rest of the space isorganized by light. The house is moved to the first and second floors so that the ground floor can beentirelyoccupied by the family business. The connection with the exterior is emphasized by a series of openings on the walls that frame the views towards the surrounding landscape.

This house tells us about the people who live there. On the first floor, the stair is welcoming a common space that articulates the hierarchy of the house. Here an environment for the sons on the left side and a different one for adults on the other side of the house appear. The open plan is now organized with sliding doors, which bring these spaces together, becoming a continuous space and allowing each inhabitant to occupy his place andadapt his surroundings to his own way of life.

The rooms are emptied and the perimeter is built with ‘thick walls’ that configure actual usable space.These walls are carved out to place built-in furniture and other nooks, so that it concentrates the services and storage and frees the rest of the space.

"(…) when we push open a door, we transform a place in a veryinsidious way. We offend its full extension, and introduce a disruptive and poorly proportioned obstacle. If you think about it carefully, there is nothing uglier than an open door. An open door introduces a break in the room, a sort of provincial interference, destroying the unity of space. In the adjoining room it creates a depression, an absolutely pointless gaping hole adrift in a section of wall that would have preferred to remain whole. In either case a door disrupts continuity, without offering anything in exchange other than freedom of movement, which could easily be ensured by another means. Sliding doors avoid such pitfalls and enhance space. Without affecting the balance of the room, they allow it to be transformed. When a sliding door is open, two areas communicate without offending each other. When it is closed, each regains its integrity. Sharing and reunion can occur without intrusion. Life becomes a quiet stroll." (Text from The elegance of the Hedgehog.  Muriel Barbery) 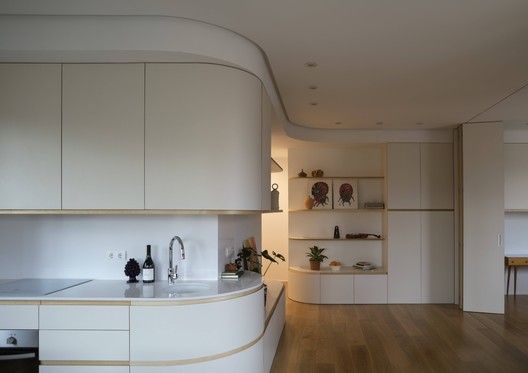