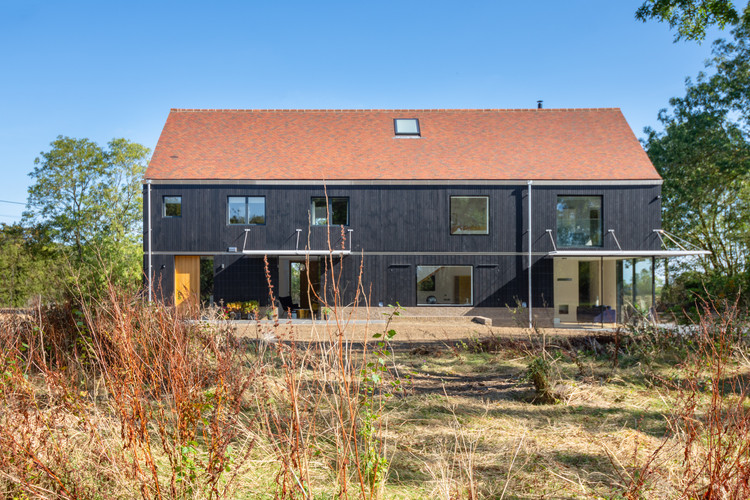 Text description provided by the architects. There was an existing property on the site that was demolished. It was formed from two workers cottages. It had a very long and narrow plan, was constructed to a very poor standard, had not been maintained for many years and was suffering from subsidence. It was not feasible to refurbish it to achieve, or exceed, current regulations, so demolition was our only option.

Following the Pre-Application process, the planners agreed that a replacement dwelling would be acceptable, however, they stipulated that it should be black timbered, ‘barn style’, with a clay tiled roof, and it should be on the same location on the site as the original house, running parallel to the road.

We decided to treat these restrictions as an opportunity rather than a limitation on what we may design. Being a New Build, it never was a barn, so rather than pastiche the details of local farm buildings, we would update and reinterpret them into a new rural residential vernacular.

The house uses the requested traditional agricultural palette of brick, stained black timber, red clay plain tiles and mill finish aluminium, but with a precision, level of detail and constructional techniques appropriate to a 21st Century private house rather than a 19th Century farm building.

The building was constructed using a timber frame, fabricated off site. This had a quick construction time but also thea dimensional precision that was required for the setting out of the vertical cladding boards. These are installed in two sizes that align through between storeys. The first floor cladding boards are half as wide as those on the ground floor. Every opening is set out around the board module.

The cladding is a rain screen so all extracts, taps, lights etc. can be concealed behind it. We designed bespoke light fittings within the cladding module which conceal the light source and which wash the light gently downwards onto the pathway around the house. The taps, power points etc. are hidden behind lift-up panels to maintain the uncluttered, precise nature of the façade.

The rainwater goods are mill finish aluminium and have been specially designed to give a contemporary, non-utilitarian feel to the detailing of the house.

The aluminium is further used in the narrow channel that runs horizontally around the perimeter of the building, separates the two widths of timber cladding and acts as a fixing point for the aluminium brise soleil, which helps moderate the solar gain in the summer months.

Opening windows and fixed, frameless picture windows dot the façade, orientated to make the most of the expansive views surrounding the building on all sides. The fixed windows sit flush on the face of the cladding; the opening windows are recessed within the depth of the structure.

The contemporary interior of the house is finished to a high quality, with numerous bespoke details including a cocktail bar and matching occasional table fabricated from sheets of unlaquered, perforated brass, a bespoke kitchen designed by the practice and an oak detailed staircase. 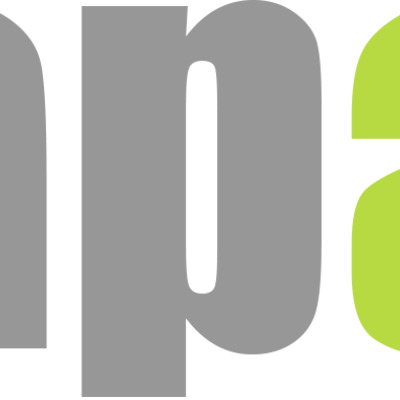