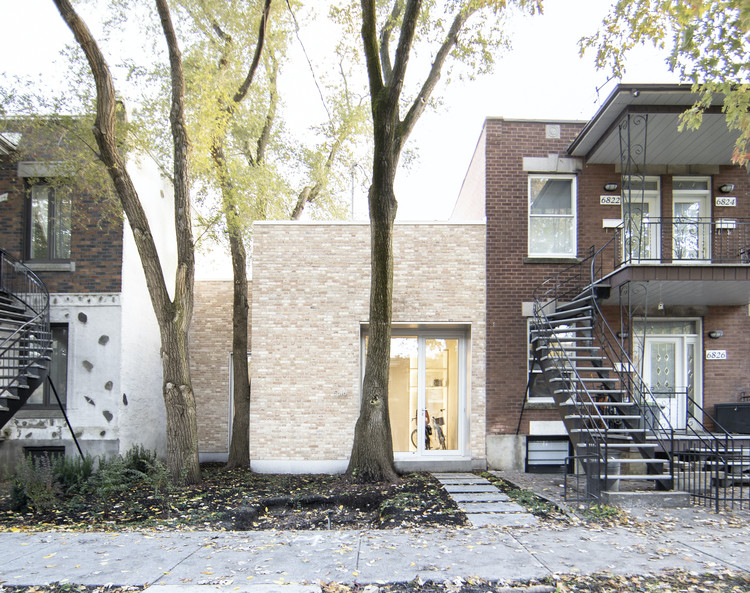 Text description provided by the architects. Montreal’s shoebox homes emerged on the outskirts of the city in tandem with the development of the tramway system at the beginning of the 20th century. The modest flat-roofed, single storey boxes were built as starter homes, often measuring no more than 600 square feet in area. The shoebox was usually a self-build, designed to be expanded upon in a piecemeal fashion as need and money arose.

The controversial replacement of the typology with low-rise multi-unit developments in recent years has seen equally controversial protective regulations put in place in central Montreal boroughs. DeNormanville is part of a first wave of protection-era additions exploring new avenues for more modest transformation of the city’s ubiquitous one-storey typology. The project responds in a relatively radical way and with limited financial means to the principal challenges of designing a front yard addition to a small structure of architectural interest.

Taking the maximum preservation of the site’s mature Siberian elm trees as its primary point of departure, the intervention is created to delicately weave around the trees in the front yard, and provide a series of new room-sized outdoor spaces. While the old structure now finds itself at the heart of the new home, the project establishes on the street the presence of a one storey house, a gesture that is modest, minimal, and remarkable. 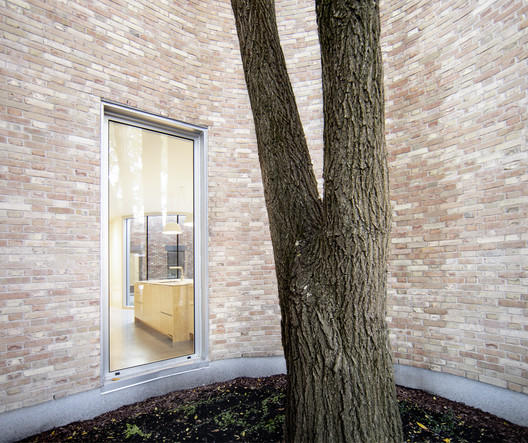 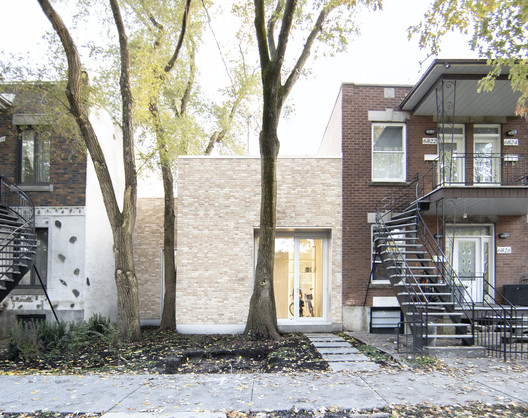