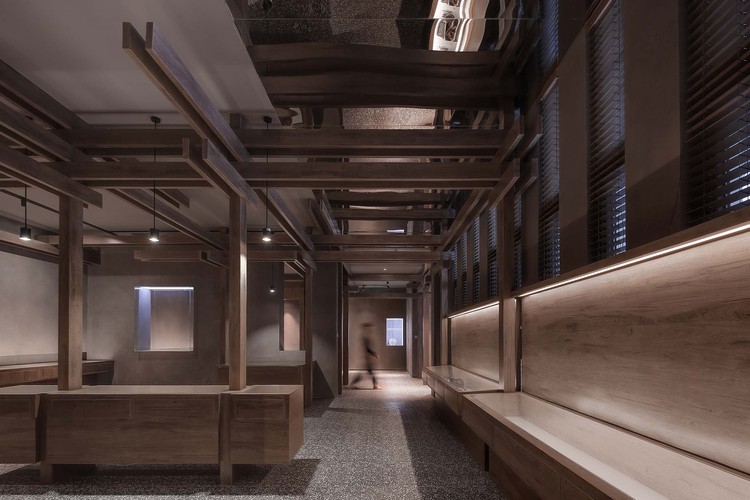 Text description provided by the architects. Speaking of the museum, most people think of the dark environment, rich landscaping, exquisite exhibits, and complicated partitions. But this time we received a museum of lawyers, which is also the first lawyer in Nanjing history. museum. It's not so much a museum, it's more like a "book shelf". Because the history of Nanjing law and lawyers is many and complicated, no detailed combing has been done. There are many representative industry figures and events in each era. These figures and events are like a book, sealed on the system and timeline of the legal framework. Then the value of this lawyers museum is to show these archived history and personal events one by one, combine the current environment to summarize the future direction of law enforcement and the public's demand for the popularization of legal knowledge, and sort out a non-usable threshold. "Book Shelves". This form of "book shelf" is also the best opportunity for us to try to study the aesthetics of the whole people and the upgrading of legal knowledge for the first time. "Law is a system of rules."

So the "system" is drawn into the construction space to constitute a very important key point. There are bound to be different rules and regulations in the "system". We have been thinking about how to show the logic of abstract legal appliances to more people and help them establish the legal framework and preliminary perception logic. So "framework" and "system" became the starting point for our attempts to build space.

We use wooden bars of varying lengths to build a frame structure inside the space. And this asymmetric and regular framework structure is the "legal system perception" we want to express. Under such a physical structure, visitors can see the beams and columns of different lengths supporting each other staggered and superimposed, which is also the deformation of the Chinese architecture bucket arch structure. By finding common points of vision, let visitors perceive the accumulation and familiarity of their own culture, eliminate the strangeness and resistance of some visitors who are unfamiliar with legal knowledge, and hope to quickly draw visitors into their familiar environment. in.

We adjusted the traditional techniques and used the current design methods and construction methods to build the frame structure. The pillar is sandwiched by two strip-shaped beams, and then it is laid on the pillar. At the same time, the structural forces are dispersed using mutual load bearing. Form uneven and stable frame and column shape. This form implies the "system" framework of law. Whether it is exhibits, text content, or even pedestrians walking around the hall, it is a confirmation of the time trajectory existing in the system framework. And leave and record the traces of existence and development.

Space is just a carrier, and the content of the carrier is information. Both the "museum" and the "book shelf" are spaces or areas that convey information. So passing information is what we want to achieve in space. Then the first step is to convey the "conscious perception information" of the law through the architectural form. The second step is to let the visitor perceive the affinity and strength of space through the scale and proportion. We call him "synchronous perception information". The third step is to display the items left on the historical timeline in the form of a traditional showcase, which we call "physical trace information". The second part of the "synchronous perception information" is to synchronize the proportion of the building frame with the proportion of the human body, so as to realize that people will have an inexplicable sense of familiarity and intimacy in the space. According to the different proportional relationships, the discomfort in a strange space is further eliminated.

We used a contrasting design approach in the stairwell space, using the language of the building to build a very pure and bright space. The white staircase space builds a lot of voids, and the warmth of the natural light of the stairway affects the dullness of the space. Established a transportation space with a sense of ceremony and faith.

The design did not break through the traditional perception from a very strong visual, but tried to break through the consciousness of psychological restraint on the basis of respecting the traditional public perception. In order to build a "museum" that falls into the ordinary, we also want to build a "book shelf" that is deeply rooted in the hearts of the people. We also look forward to the design of more "non-standard museum" projects in the future. 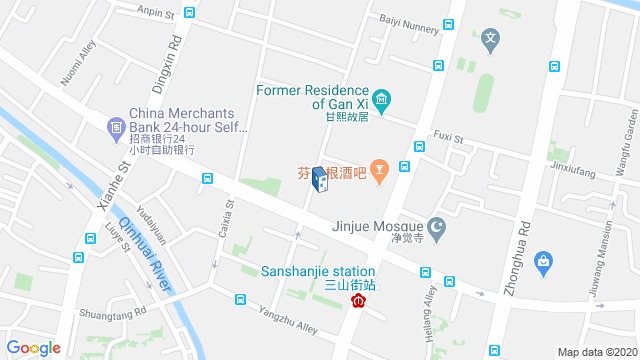 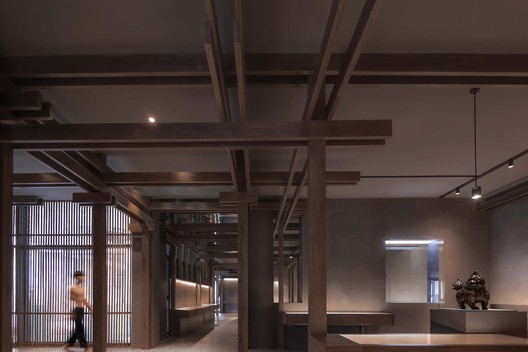 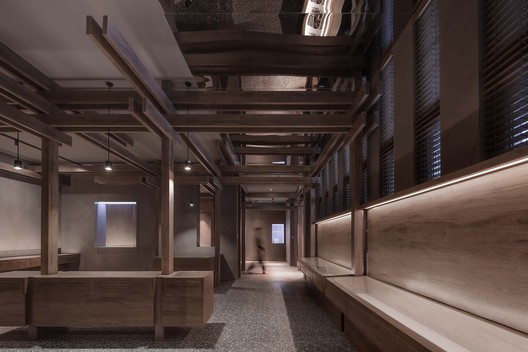