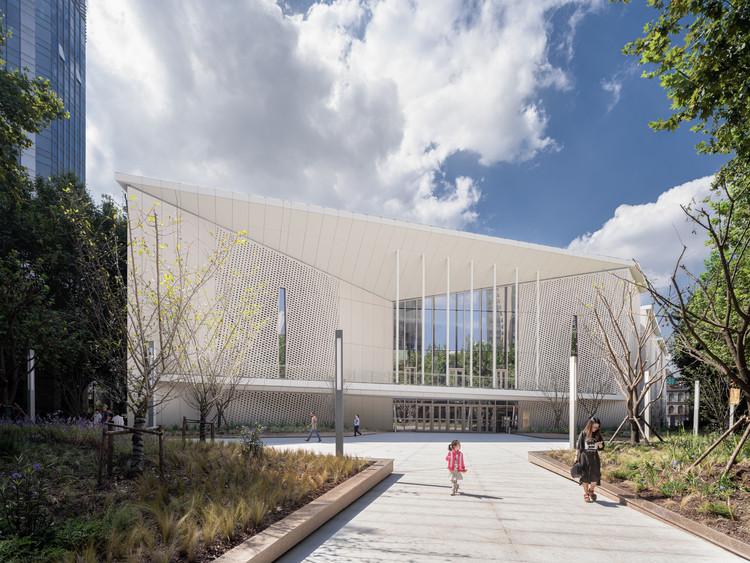 Text description provided by the architects. This new opera house located on Fenyang Road and Huaihai Road opens with a large public entrance at the corner of these two major streets in the former French Concession. To harmonize it with the rhythm and height of the surrounding buildings, particularly the new conservatory on Fenyang Road, the opera house is designed as a series of pavilions that break with the conventional pattern of massive construction in a single building.

The facilities are inserted into the urban block formed by the conservatory’s other buildings. It is composed of four rehearsal rooms for the orchestra, traditional Chinese music, ballet, and choirs. The foyer is topped by two superimposed galleries giving access to the auditorium’s balconies and their respective 250 seats. An accessway linking the lodges to the existing building increases the capacity to accommodate artists. The performance space is designed like a conventional concert hall with a traditional U-shaped layout. However, its original design provides better visibility and meets acoustic requirements. The variety of reverberation speeds means the room is adapted to both the classical and romantic repertoire and its dimensions create an intimate relationship between the artists, orchestra, and audience.

This multi-functional opera house is both an educational facility and a high-performance public music space where students and teachers can practice in real-life situations. The color and texture of the pavilions are inspired by brick patterns. The opera house, its main hall with 1,200 seats and its international-class stage equipment belong to the Shanghai Conservatory Ensemble. 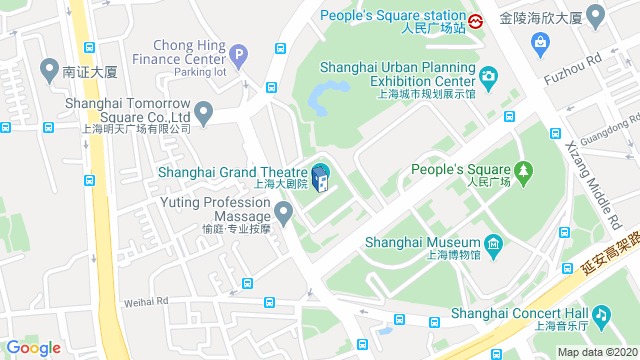 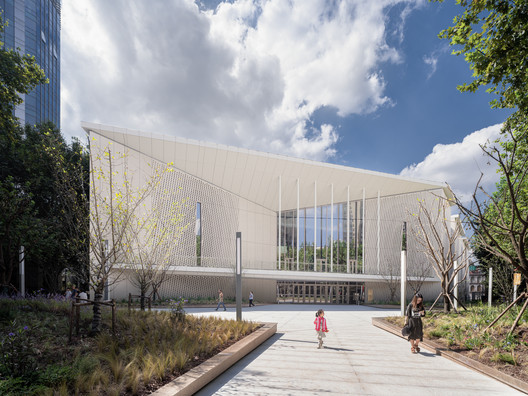