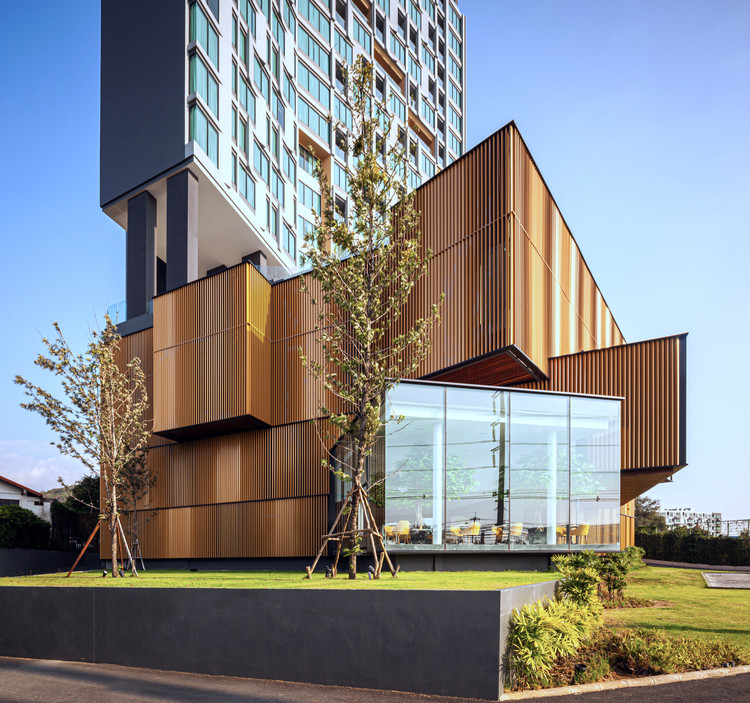 Text description provided by the architects. Arize Hotel was launched its first branch on Sukhumvit 26 Road, which the main target is Japanese expatriates. Later on the owners anticipated the opportunity in Sriracha where there is an industrial estate in the area, plus it is a strong base of Japanese business people. The hotel consists of 379 guestrooms. In order to serve the long stay guests, in some room types, there are additional facilities and space further than the standard hotel. Meanwhile, the design of the hotel should conform with context and characteristic of beach city.

At the early design stage the project was planned to be a twenty two floor building that broadened all over the land but, after receiving the information, the architects decided to propose contrarily that the building has to be heightened in order to preserve the existing trees, to maximize green areas, and to be flexible for future expansion.

At the podium zone, there is a massive enclosed courtyard where primarily keeps most existing trees and acts as a serene welcome area for guests; it protects the area from outer chaos. This court is inspired by the concept of “Engawa”, which means a terrace connecting people and nature together. Laths are selected as a feature element to enclose the courtyard and control the quality of light shining into the space. The apparent shade changes along the time. This occurrence reflects the origin of the Japanese word “Ma” which means “Space” or “Place” in Japanese architecture. It is derived from word “Door” and “Sun” which implies that there is a sunlight seeping through door’s void.

The lobby is precisely aligned in the axis of the great existing tamarind tree which acts as a background of the lobby entrance. On the second floor, there is a bridge connecting to all day dining area as a loop which is convenient for usage. The glass which encloses this floor is designed to be semi-transparent giving a hint of a Japanese paper door, “Shoji”. The top of the podium locates the new experienced swimming pool that guest can swim around the building and courtyard below. Therefore, the tree court could be easily seen from many spots in the podium.

For the tower, the project’s owners intended to apply a double-load-corridor system in guestroom zone for minimum circulation area, so the designers followed the requirement to allow all rooms see beautiful view, by laying one side of the building facing the gulf of Thailand and the other facing mountain view. Many common areas are filled in every floor for any outdoor activity and they continually connect together till the top where the penthouse is. This penthouse is a combination of living area, bedrooms and meeting room for the owners.

The interior spaces inspired by the famous late Edo art topic, “Setsu Getsu Ka” referring to “Snow, Moon and Flower”, this particular phrase is interpreted into many chapters which are separately used in different zones. At the lobby, the word “Snow” is interpreted as “to be border-less” by covering the pillars with reflecting glass and installing 3,000 wood pieces in the ceiling referring to haphazardly falling snow. Collaborating with the reflecting glass, some wood pieces that locate around the pillars could be reflected and blend themselves with surrounding harmoniously. Regarding the all-day dining zone, it interacts with the word “Moon” as it is about the phenomenon of light and shadow, while the conference room is interpreted from the word “Flower” and it is demonstrated through movement of the elements. Additionally, the concept of “Wabi Sabi” is also explained in guestrooms through the using of natural wood with raw texture in decoration to illustrate its imperfect beauty. 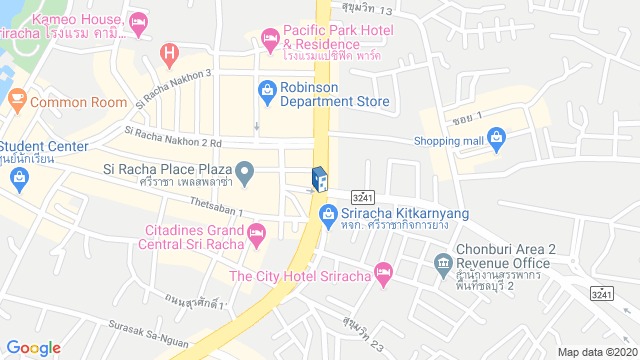 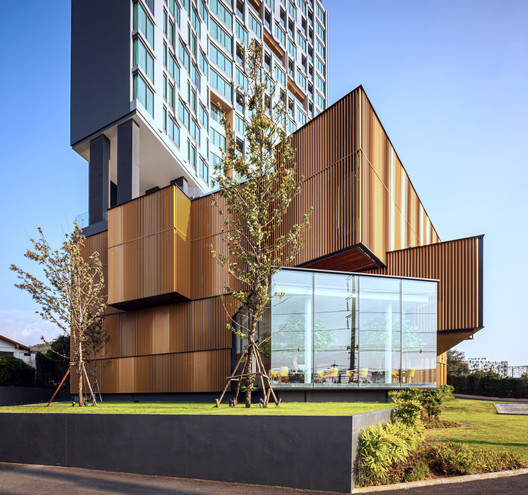