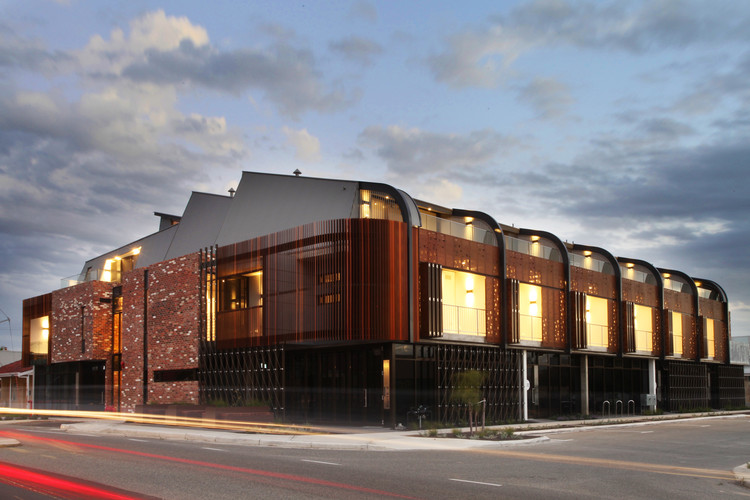 Text description provided by the architects. The existing site was a derelict former bottle shop with zoning of Neighbourhood Centre.  It was an eyesore at the end of Hulbert Street famous for its sustainability and community engagement.  One of the main design principles was to create an iconic building that clearly identified itself as a Neighbourhood Centre, but at the same time was sensitive to the existing residential streetscape.  The architecture attempts to re-create the atmosphere of Fremantle in a contemporary way and draws inspiration from the raw warehouse style aesthetic that is found throughout the precinct. The building was designed to be compatible with the streetscape responding to the quirky community nature of Hulbert St.  Another main design principle was to create an ‘Internal Street’ within the residential component of the building that links all apartments and acts as a ‘communal heart’ to the building.  The large volumes, abundance of natural light and cross ventilation make the journey to the apartments open and safe.

Expressing structural elements externally and internally was a major part of the concept.  The curved structural beams frame and divide the apartments along the west elevation.  These were not structurally required but were essential to the visual composition of the building.  This aesthetic was continued through the interior of the building in the common areas and apartments. Structural beams frame and divide the entire length of the polycarbonate wall in the internal street.  The 2F walkway’s steel structure is exposed and celebrated.  Apartments have steel features including beams above internal sliding doors, trusses to courtyard apartments and Spandek clad feature walls.  Structural beams were used as shelving in bathrooms.  First floor balconies were clad in a custom operable perforated screen.  The sliding doors are separated into bi-folding pairs and each pair can run individually along the track.  This allows the screens to be placed into multiple arrangements to suit the resident which further creates a random configuration to the external elevation.

At the time of construction, 19 Douro was one of WA’s most environmentally friendly residential developments. The development achieves a 4 star Green Star energy rating with apartments achieving up to an 8.7 NatHERS star rating. Double glazing was offered as a purchaser upgrade that many took advantage of which increased their rating above the documented ratings.  In addition to environmentally conscious and sustainable design principles, advanced technological elements were also incorporated.  Electricity, water and gas are all smart metered allowing individual apartments to access their statistics and performance online in comparison to other residents which encourages sustainable living.  A centralised hot water system is reticulated throughout which reduces water and energy wastage, by providing instant hot water as it is required.  Solar panels offset common power usage.  Low VOC paints and adhesives to flooring coverings and cabinetry were specified.  Recycled bricks, LED lighting, energy efficient appliances and water wise plumbing fixtures were included throughout. 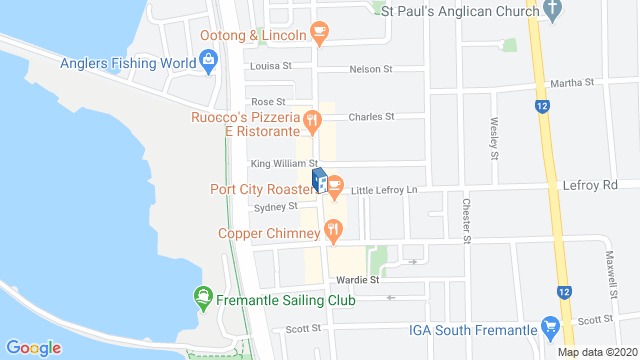 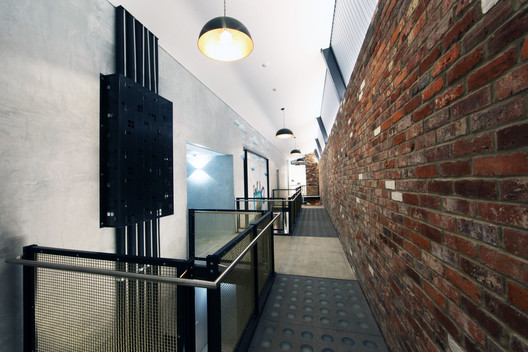 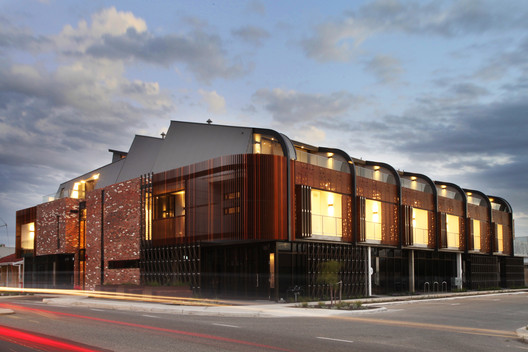