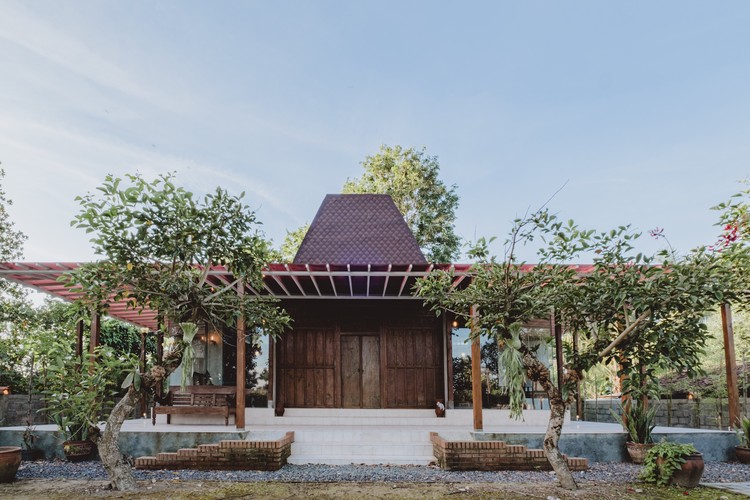 Text description provided by the architects. Joglo Ngebo is an attempt to create a humane design, combining vernacular and modern architecture. The soft colors and textures of the wooden columns called “Soko” in Javanese combined with the glossy transparent glazing and white metal pergola create a unique experience of how those two architectural eras could intertwine. The material combination of exposed bricks, unfinished concrete, and wood creates a feeling of warmth for the residents in this house.

Traditionally, the design of a traditional Joglo (Javanese house) has a “Pendhapa” which serves as a guest room as well as a multipurpose hall, with the residential building is at the back. But due to the need for creating a more compact design to maximize water infiltration, the residential and Pendhapa building are combined, followed by a white metal pergola. The design tries to create a visual connection between the inside and the outside by large frameless glazing to keep a decent amount of light penetration, which were slightly lost due to this combination of Pendhapa and residential building.

By giving back what we take from the site to the building, this design minimizes carbon footprint, as well as an attempt to be as zero waste as possible. Rosewood trees which were abundant on the site were cut down to create its columns, ceiling sheets, and some of its furniture and lighting, and some were left uncut to provide shade and create a comfortable micro-climate.

At the backyard, a traditional Javanese shed from the local community is placed to create a gazebo-like space with the sight of the open kitchen as well as the landscape filled with boulders. These boulders were found during the excavation of the site and were then placed as part of the backyard landscape, which made the designing process dynamic. 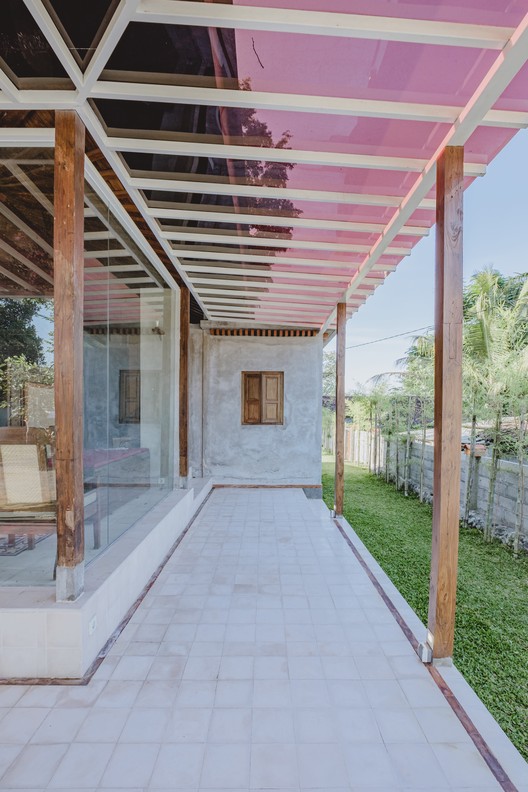 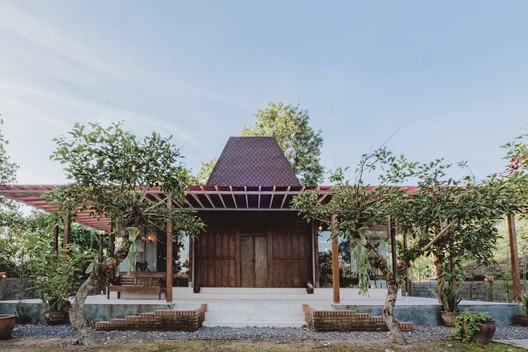