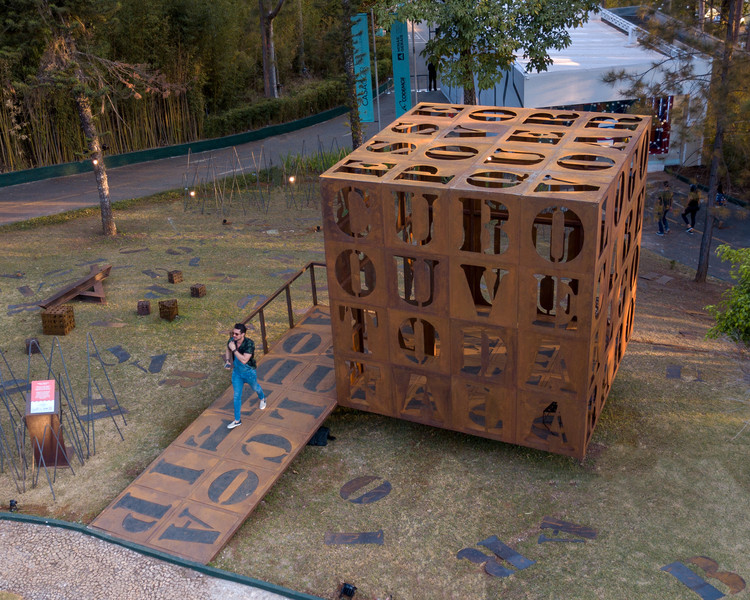 Text description provided by the architects. CUBOESIA is a hybrid pavilion that unites architecture, design, sculpture, landscaping, sound and poetry proposing a kind of multisensory land-art installed on the lawn of the Mangabeiras Palace, a former state governor’s suburban residence, hosting CasaCorMG 2019 in, the main brazilian architecture, design and landscape fair, in the city of Belo Horizonte.

The main intention is the people’s interaction with the space through a literal entrance into the poetry’s text, a six-part poem cast on each side of the cube. In this proposed performance the visitors will admire the light, the shadows, the mountainous landscape of the surroundings and the nocturnal projections of the letters on the lawn.

Inside the cube there is a soundtrack, composed and performed by the architects, which proposes several pulsations and speeches reinforcing the sensorial experience of the visit. This sounds can be heard in the link https://soundcloud.com/pterodata/cuboesia.

Surrounding this metal cube is the STEEL GARDEN which is a modularly folded rebar installation in three sizes which, interacting with the local vegetation, suggests that the metal is also an element of nature. This paradox signals that this material from mining and steel industry, in this composition, denounces ecological neglect and environmental demagogy.

In this garden, the loose letters on the lawn invite people to assemble their words in an interactive attitude. In this area it is proposed a place of permanence from which one can appreciate the whole installation.

The gesture of using those letters from the cube's face cutouts, as if they were spontaneous garden plants, suggests an ecological design attitude of not generating waste. Another sustainable aspect of this proposal is its possibility of disassembly allowing it to be re-presented several times in different places.

This project generated an unexpected interest in children in literacy. Some schools asked to visited to the site, so the architects imagined an interactive exercise where a sheet of paper with the faces of a rectified cube was given to students with the proposal to write, each one of them, their poem and also to assemble their cube. Thus, this experience of geometry and poetry was lived by the young students who later exposed the result in the classroom. 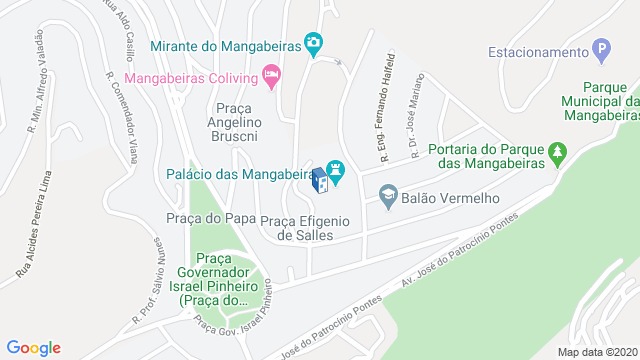 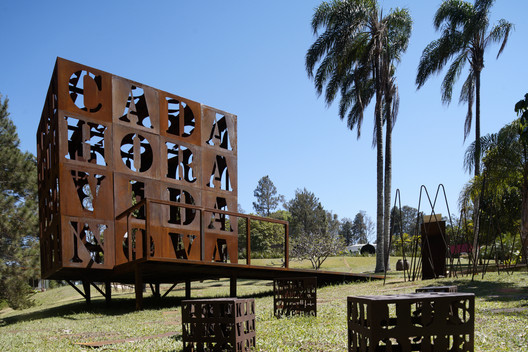 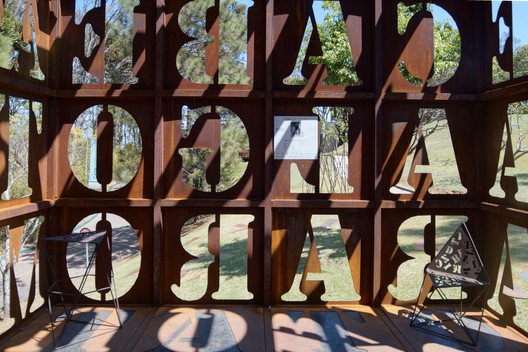