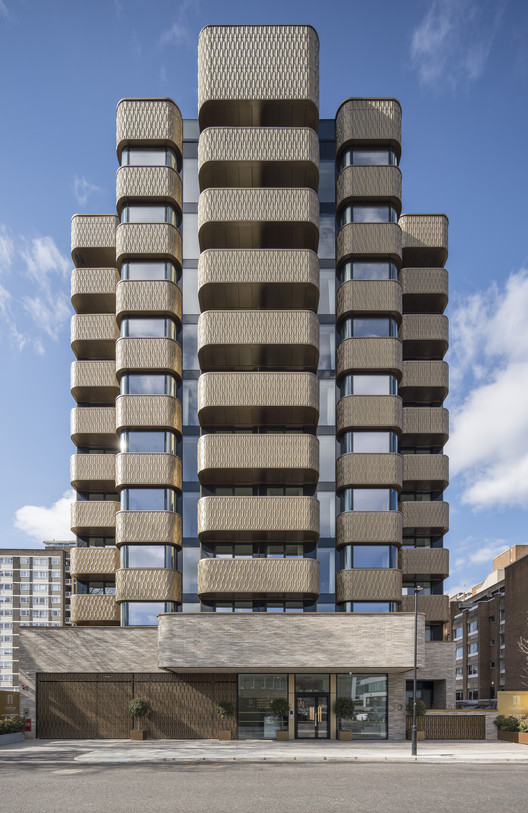 Text description provided by the architects. Commissioned and built by luxury developer, Regal London, in partnership with Simon Bowden Architecture, this ten-storey residential building delivers 49 apartments in one of London’s most prestigious suburbs; St John’s Wood.

The surrounding area is characterized by mid 20th Century mansion blocks, the nicest of which are in the Art Deco style. Our design drew inspiration from the Art Deco form, the curved bays are one of the building’s signature features. Also, the imprint of a leaf motif is a modern interpretation of the Deco pattern with its precise geometry and clear lines.

Designed from the inside out, each apartment is internally planned to make the most of the views, the best of which are at oblique angles to the site. This led to the creation of the building’s characteristic articulated bays in elevation and ensures that every apartment is dual aspect.

The facade is both striking and refined. We made the decision to produce an exterior composed entirely of cast aluminium, evoking stature and longevity, as if carved out from a single block of metal. We were able to mould the aluminium and carve bespoke patterns and textured shapes, producing a structure that is finely crafted, made from recycled materials, locally sourced from Essex and manufactured by a team of highly skilled tradespeople. As such, there is provenance between the resulting design and its manufacture. At some distant time in the future, it will be recycled itself.

The cast aluminum facade and the imprinted leaf pattern are unique to this project and a reference to neighbouring Regents Park. It brings the elevations to life, capturing the light and shade, and the colour changes depending on the light conditions.

At ground level the building presents an open frontage onto the street, with a generous canopy welcoming people into the lobby. The ground floor plinth is clad in roman brick, giving the building a robust and beautifully detailed base. 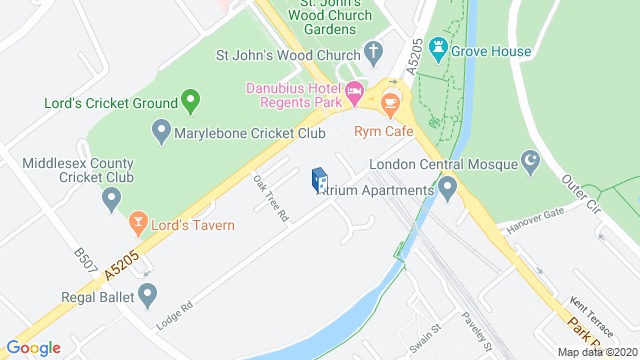 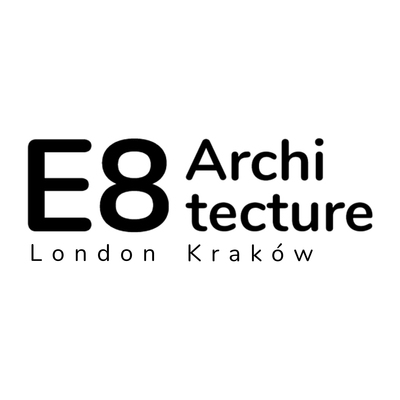