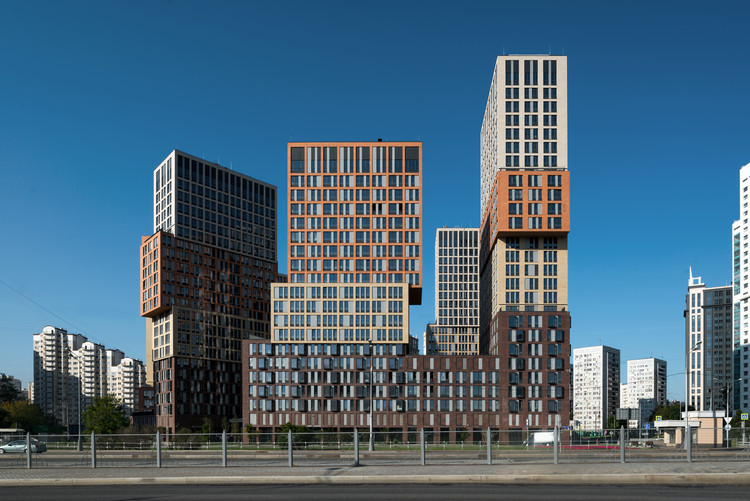 Text description provided by the architects. Residential complex Vander Park, Moscow. Vander Park is situated in Western Moscow which is characterized by its modernist layout, woodlands, and the river Moskva. It is a typical contemporary Moscow housing project: large-scale, compact and high density. This first realized project of the Architekten Cie. in Moscow, designed for the renowned Russian developer PIK Group, comprises no less than a thousand apartments on a site of approximately 2.4 hectares. Consequently, dense and high-rise construction is required. To maintain a human scale in the project, we approached it as a case of urban planning and designed the complex as a vertical city in the city. Thanks to the many passageways leading from the street to the garden court, the complex is closely connected to the surrounding neighborhood.

Vander Park is organized around a central garden court defined by a low plinth of up to six levels with eight residential towers on top. These towers, 18 to 26 stories high, are designed as sequences of stacked volumes clad in brickwork of different colours, a playful composition lending a distinct identity to Vander Park on the Moscow skyline. To meet minimum daylight requirements, some towers are rotated 45 degrees and positioned in such a way that they guarantee beautiful views from each of the apartments. In addition, the rotations articulate the most prominent corners of the block and produce constantly alternating vistas of the towers in their urban setting.

The plinth that encloses the garden court is composed of the six-meter high ground floor with five stories of apartments and maisonettes above it. At ground floor level commercial spaces are positioned along the streets while numerous amenities for residents are facing the courtyard, such as sports facilities and children’s daycare. Along the perimeter of the court a pedestrian walkway on top of the high ground floor surrounds the garden and softens the transition between the intimate garden court and the high towers. All homes on this level have an outdoor space directly adjacent to the promenade so that a sense of community can unfold. Contrasting the towers, the plinth is clad with dark brick of a more tactile character, emphasizing the human scale of the street as well as the courtyard. The communal garden, designed by West 8, is equipped with many trees and has a round canopy as its center point, providing shelter in wet or windy conditions.

Brick is the primary façade material in Vander Park, forming a basic framework for the countless windows and aluminum panels. In today’s Russia brickwork is associated with quality because it contrasts to the grey concrete and stucco that used to dominate residential buildings. We developed five standard façade designs that, thanks to a mix of brick sortings and colors, offers a great deal of variety without compromising the unity of the urban ensemble. Among the five standard façades two versions were made especially for the plinth. One with bay windows which ensure a good visual connection between the private homes and the street below, and one with a more tectonic appearance. This facade has more detail, such as vertical brickwork and protruding stones, creating a more tactile experience at pedestrian level. 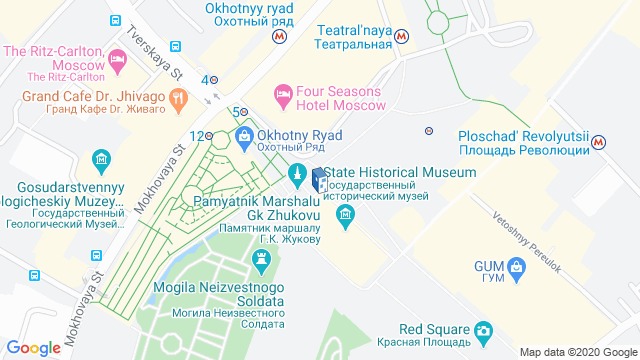 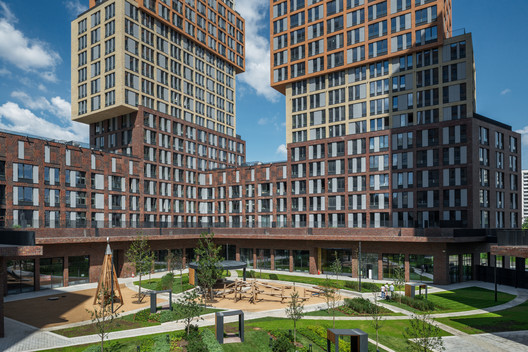 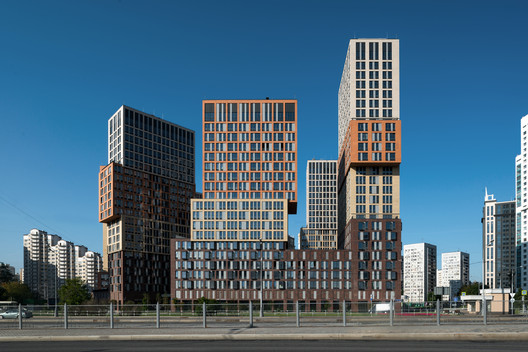