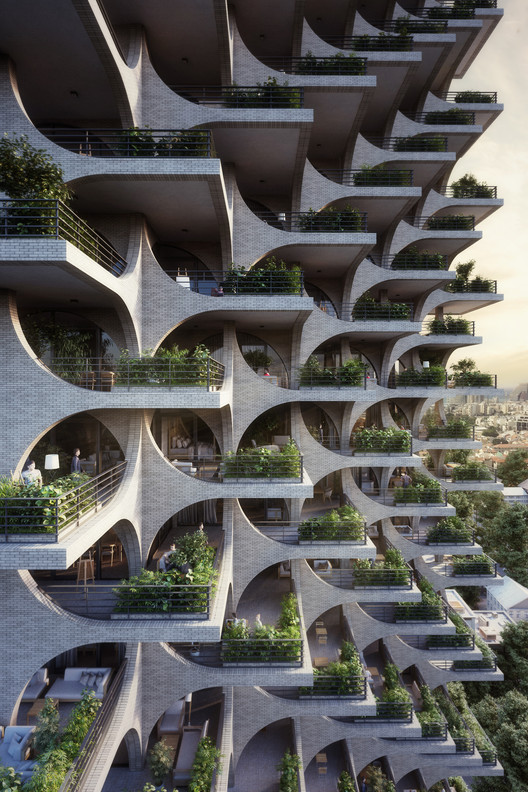 Chris Precht, an Austrian architect raised in the Austrian Alps, known for his green modular buildings with interwoven, natural geometry, initiates the conversation by stating that “architecture was always driven by fictional stories. We built the pyramids for Gods, we built castles for kings, we built palaces for queens, and now we are building mostly to make a profit in an economic system”. In fact, he has his own visions about urban regeneration. Coming from an upbringing that connected him deeply to nature, Precht elaborates on the countryside’s influence in his creative approach and solution-based concepts.

We care about fictional stories, but our planet doesn’t. If we are not able to connect ourselves to our objective reality, then I do not see any chance that we are able to solve the problems of our time. --Chris Precht

Aiming to translate his own way of life into his projects and bringing his connection to nature into the city, Precht finds the solution in combining architecture and agriculture. For the founder of the Studio, by bringing back agriculture into the cities through architecture, vertical farming can reconnect people to their food production.

Moreover, he states that the problem nowadays is what we build and how we do it, resulting in identical buildings all over the world. Questioning how we can bring the quality of the countryside to cities, the architect fears that in the city of the future, people will feel less.

We also create spaces that really connect to all of our senses. We create spaces that we want to touch because we use haptic materials, we can listen to, because birds and bees are nesting into our buildings, and we can smell, taste, and eat parts of our buildings. So really buildings that connect to all of our senses. Then it creates different city centers. City centers that are not defined by banks or corporations but rather by health and vitality. – Chris Precht

ReSITE, a global non-profit acting to improve the urban environment, launched its first podcast, Design and the City, featuring nine speakers from the reSITE 2019 REGENERATE event. Revolving around how we can use design to make cities more livable and lovable, every week, a new episode is released, featuring a different guest.