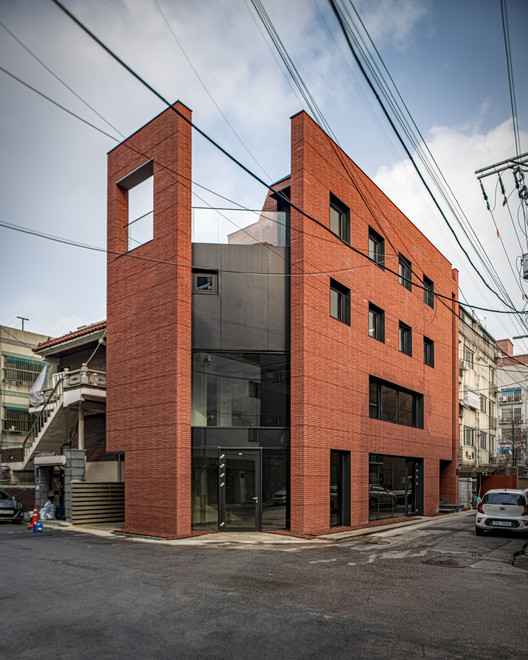 The goal of this project was to consider the building regulations first to solve these problems. As a result, the concept of Three Planes, Five Layers allowed us to integrate the function, structure, and beauty of architecture. The three planes are responsible for the form and structure of the building at the same time. Masses with three independent facades emphasize the main entrance of the building, the angular edge part is the main entrance of the commercial spaces, the two sides are highlighted by the two planes that protrude over the edge, and the exterior staircase leading to the second floor of the building highlights the two independent facades by creating an open space.

As a result, these three exterior walls were becoming main structural parts of the building. Instead of using column-beam structure system, these wall structure system was used which was not generally being used. The five of horizontal layers are the result of a combination of function, structure and beauty. The fourth floor's mass follows the line of dedication which resulted slanted mass according to the building codes and it provides unique and interesting form of a mass.

Also, the beams placed on top of the angled mass on the third floor of the building and the pillars create five layers. These layers are providing variation of the form, and it used as a lighting installation for an out-door space use and passage way to the air-conditioning tubes and mechanical facilities. In addition, curtain walls are constructed for the lighter weight and less material use to help with better structural system for an angled mass on fourth floor.

In addition, the facades and layers were reinterpreted and used as architectural design elements which include staircases and furniture. The exterior staircase was creating layers of spaces by using colored concrete blocks, glass, and stepped staircase landing. The exterior wall has two different color of mortar in used which were matching with red brick and dark gray. The red mortar tends to be invisible and dark gray mortar represents the process of the bricks being stacked. 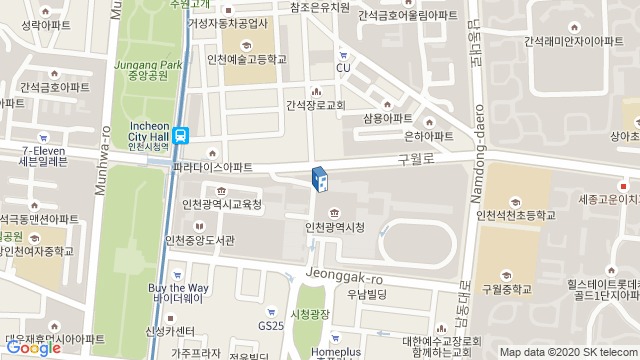