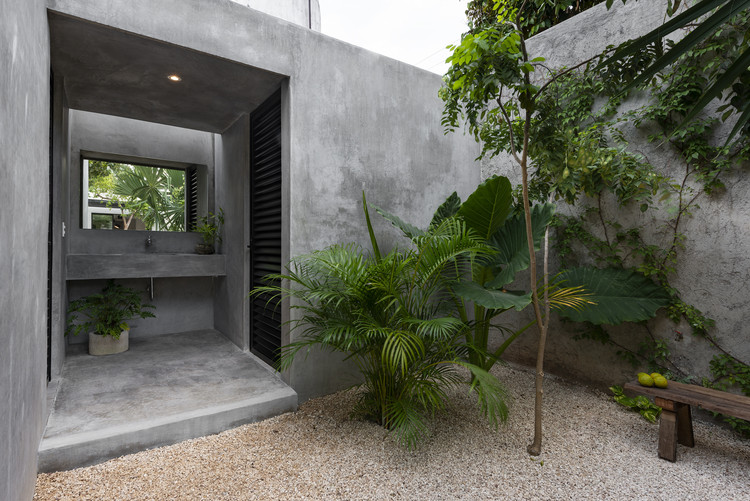 Text description provided by the architects. The tight budget for this project did not allow the development of the spatial program to include two bedrooms as the lot dimensions suggested from the start. Instead, it opted to develop an integral remodeling project that reconfigured the space (used commercially until now) into a type of “loft.”

The original property had undergone at least two significant transformations throughout its history (the irregularity of the lot was a result of a division of the original space which was affected during an earlier sale process), posing this opportunity to recuperate the original forms.

Interior divisions were removed in order to leave just the original stone walls; a lounge just before the recently built patio; and on the facade, two structures added as a garage. It is in this space where the division of the property and previous remodeling blurred the original characteristics of the construction the most. For that reason, the decision was made to create a new facade with a contemporary solution that did not exist in this house, but was visible in others in the same neighborhood of the city: facades with two textures.

The interior walls were cut and converted into visible columns and beams in order to open and unify the lounges. Structural elements that were passed to blueprints that defined the spaces within a diaphanous set.

The leftover roof length of the loft provided a place for the backbone of the whole project: an interior patio that allows the lounges in a “c” organizationand provides light and ventilation to all of the spaces. Moreover, it provides light and air to the transitional, green space between the bedroom and the bathroom, and gives an indispensable relief to the understanding of the set.

The connection with the natural light remains reinforced by the presence of the long skylights in the hallway and bathroom. Spaces that, without becoming dark, we believe should incorporate as much natural light as possible.

The kitchen is the nexus of unity between the interior and exterior with the terrace, garden, pool, and new garden. In the final part of the property, in front of the lot, one will find the washrooms for the pool/ guests, and a service area with machines.

The project can be characterized using three fundamental elements: white, like the material present in the original space; visible cement, through distinct application and textures; and stone, an omnipresent element in the old houses of Mérida. Contrary to the preexisting white, black covers the incorporated volumes: kitchen and closet. 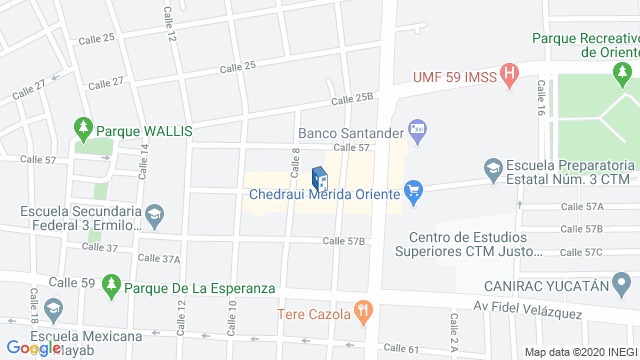 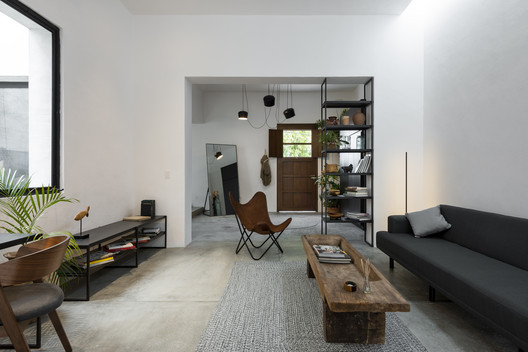