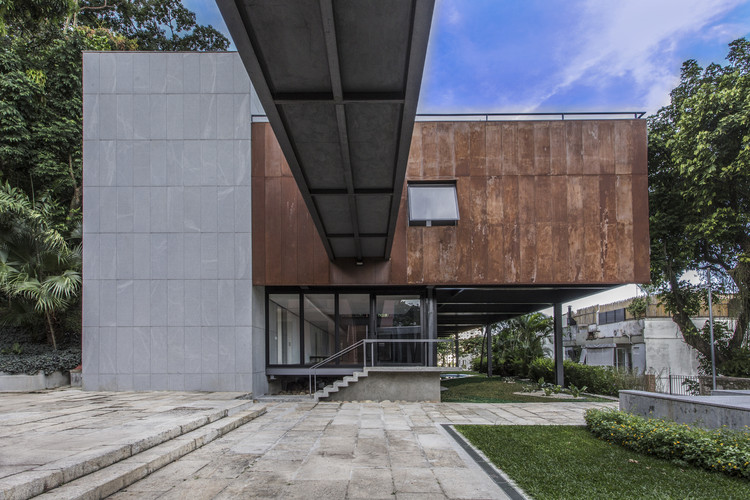 Text description provided by the architects. The project for the expansion of the S House – a retreat for research and study – is located in Rio de Janeiro. The current headquarters already operates in the two existing buildings on the site: a house of historical importance, built in the mid-twentieth century, and a small chapel designed by the architect Alcides da Rocha Miranda.

At the edges of an Environmental Preservation Zone, the project seeks to take advantage of the local landscape to provide views of the surroundings and to organize the new program while preserving the natural vegetation.

The program is divided into two main sectors, one of them is destined for housing (dorms, living rooms, library, etc.) and the other one for the supporting activities (pantry, kitchen, laundry, etc.). The program demands privacy, therefore there are no physical nor visual connection between these uses.

The topography of the site is unique. Two lines that are perpendicularly connected to each other setup two clear plateaus that are the most favorable locations for buildings, leaving for the expansion the steeper areas - there are places where the slope is 33% steep, with a drop of about 20m. What initially seems to be a problem becomes source for the solution for sectorization and circulation issues: the access of the support sector is made through the lowest level while the one of the housing sector happens through the highest.

The introspection inherent in the program and uses are reflected in the proposed object. Despite its large proportions, the expansion remains discreet in the landscape. 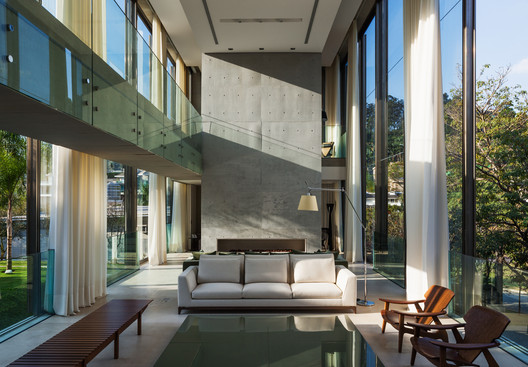