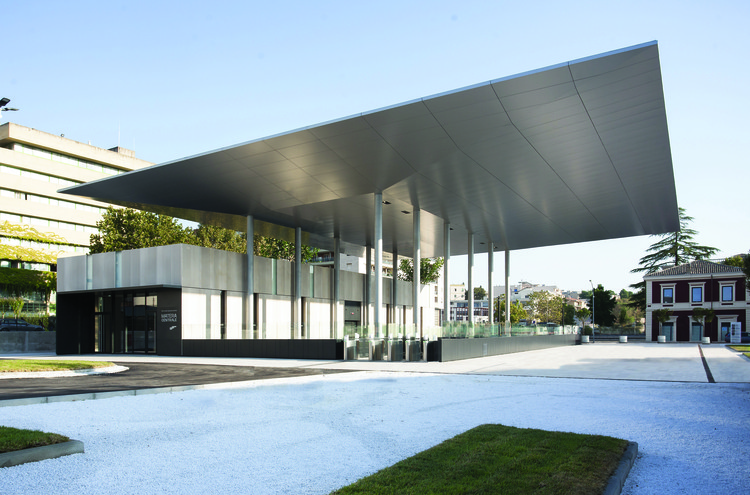 Text description provided by the architects. In addition to the technological modifications the project focuses on the aesthetic and functional redevelopment of the FAL Matera Central railway station. In order to give it greater importance, the station is no longer to be considered purely as an infrastructural node but rather as a true urban landmark in harmony with the Matera’s forthcoming role as the 2019 European Capital of Culture. The structure is thus directly connected to the pedestrian Piazza della Visitazione, redesigned and linked to the main routes for access to the nearby historic old town and can be considered an authentic “gateway” to the city, both for local users and for visitors arriving from different parts of Italy.

The design of the new station sees the square as an essential connection and focal point for the ecological, cultural and traffic systems that are already present while the design of the new square re-interprets the existing urban fabric and proposes a new matrix as a defining element or grid, giving rise to a succession of paved surfaces alternating with strips of new vegetation in varying lengths. The only exceptions to break the regularity of this mesh are the pre-existing elements such as the routes in the direction of the “Sassi” neighbourhood and five “clearings” i.e. areas with different densities that change according to size and function.

Here we find the project’s outstanding feature: a shimmering metal roof of 45 m x 35 m supported by columns which generate a covered square accessible to travelers and residents alike. A large rectangular opening, with an extension of about 440 square metres creates an interaction between the under- and over-ground sections of the station, introducing fresh air and natural light.

The building is able to accommodate all the functions necessary for optimal logistic operation with the aim of expanding the service areas available to travellers, improving quality and making them suitable for a greater number of users. An entrance hall with a ticket office of about 80 square metres, an office and staff toilets, a waiting room of about 110 square metres and toilets for travellers has also been created.

On an aesthetic level, great attention has been paid to the main material used for the façades, in this case, slabs of locally quarried stone. The construction system is based on multi-layer panels obtained by the coupling of a 12 mm stone covering with a layer of lightened material of the same thickness. The design of the wall is thus defined by the pattern of the panels, interspersed with a number of connecting points highlighted by their density and a series of full-height backlit glass modules. The South façade will maintain perfect continuity with the below-ground facade facing the platform and flush with the opening in the roof above.

As a striking new urban landmark for Matera 2019, the roof shelter in the square is highly noticeable on account of its intrados, made using partially reflecting metal panels which thanks to the “diamond-style” geometry provide a fragmented vision of the surrounding urban space, offering new perspectives, plays of lights and surprising reflections. The completely flat extrados will be partially covered by latest generation photovoltaic panels made entirely of glass, laid together and with siliconized joints in order to guarantee protection against rainwater. The twelve thin steel columns will rise from the “iron floor”, reach the height of the underground tunnel at about 6 ms and continue to a further 12 m above ground level, supporting the cover as if it were a large contemporary temple. 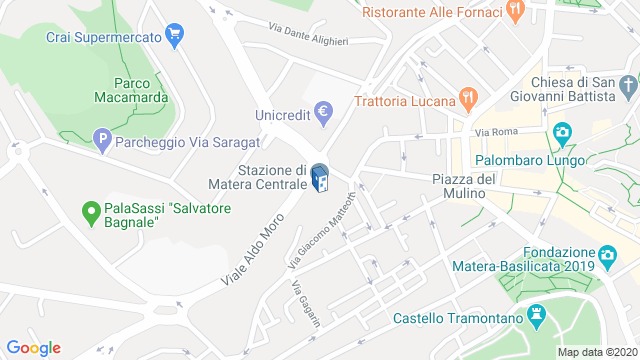 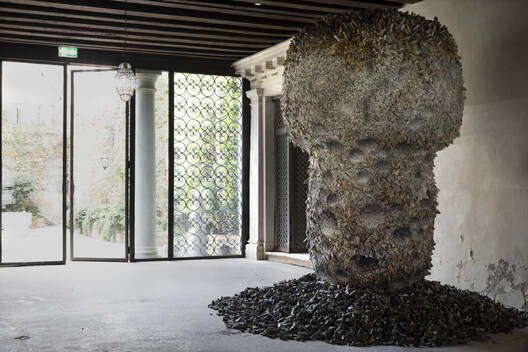 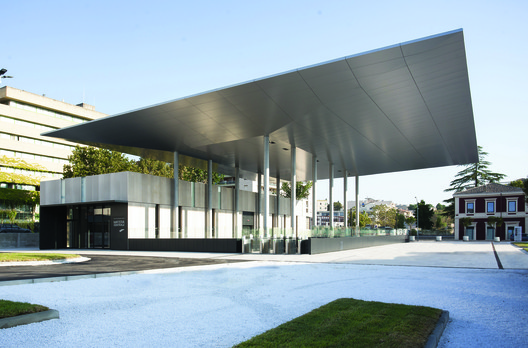