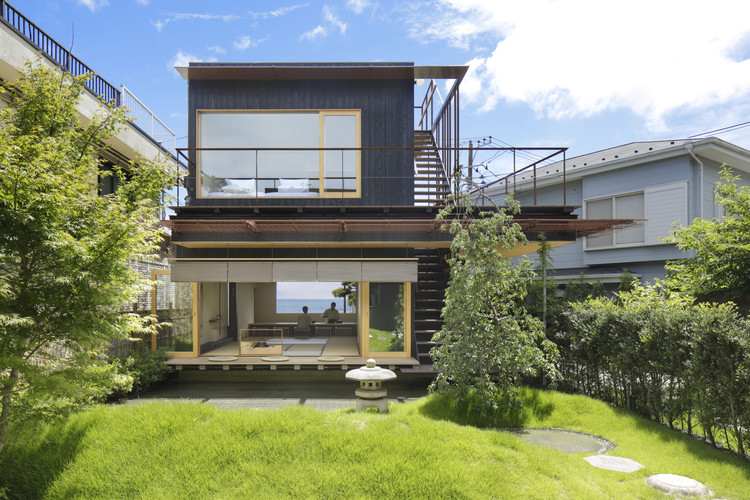 Text description provided by the architects. Modern Ryokan kishi-ke operated by Kishi-ke Co., Ltd is a coastal small ryokan in Kamakura, the former capital of Japan, in the suburbs of Tokyo. Kishi-ke takes just one group up to 4 people at once which makes it one of the smallest ryokan-style lodgings in the World. More than an accommodation - the ocean-view private retreat is based on the concept of 'stay & experience' and the Zen's chisoku which means 'to know the feeling of being fulfilled with the now'. kishi-ke provides luxury settings, kaiseki cuisine, authentic masters, crafted masterpieces, local people and places to allow guests to encounter Japan in a new way and help them achieving the chisoku, the harmony in their life.

Japanese concepts such as wabi-sabi, shinrin-yoku, kintsugi, even Marie Kondo's methods focus on harmony, accepting imperfections, embracing the harshness of life. The need and importance of the harmony in nowadays Japan is seen in the name of the new era - Reiwa which means 'beautiful harmony'.

Nobuyuki Kishi, the CEO of kishi-ke Co., Ltd. says: "During my career I have met many stressed and burnout people. I'd started to think if there was a way to help them.Then I remembered the Zen concept I was taught by my late grandfather – the chisoku. The goal of kishi-ke is to help people through this concept to achieve inner harmony by mindfulness". From the Buddhism shojin cuisine breakfast to various workshops and experiences everything in kishi–ke is there to bring the guests closer to the feeling of chisoku.

“In everyday life it is hard to focus on yourself, on your life, on the present. By changing the environment, you are able to focus on the now and notice new things about yourself. Chisoku is not only about the satisfaction itself but also it is about realization and accepting where you are in your life” - Shoshun Takai (the former head of the office of Kencho-ji temple – the oldest Zen training monastery in Japan) explains.

Modern Ryokan kishi-ke is designed by the architect Ryohei Tanaka (former member of Kengo Kuma & Associates) and the landscape architect Akihiko Ono and won GOOD DESIGN AWARD 2019 in Japan. Nobuyuki, CEO of Kishi-ke Co., Ltd is a descendant of samurai family and also the 16th head of the family and his wife, Hitomi Kishi, trained product designer (Former member of Panasonic as product designer) plays roles as designer and chef. The Kishi's background and genuine passion for Japanese traditional culture are the base of their business. Kishi-ke's aim is to help people achieve chisoku - the feeling of being fulfilled with the now while experiencing authentic Japanese culture. 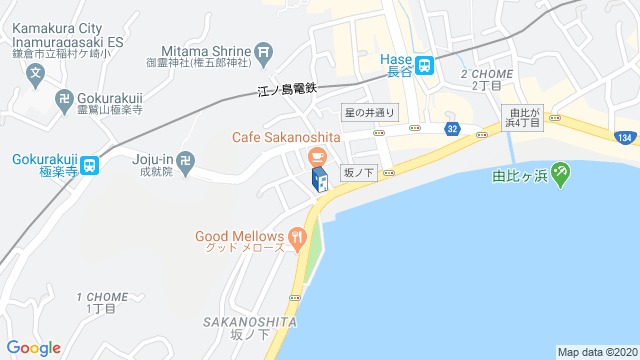 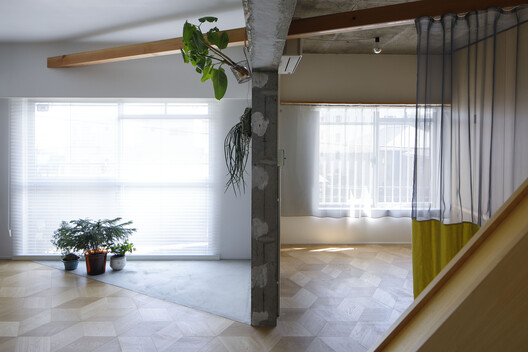 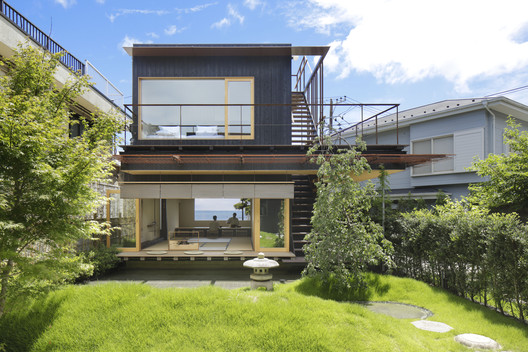