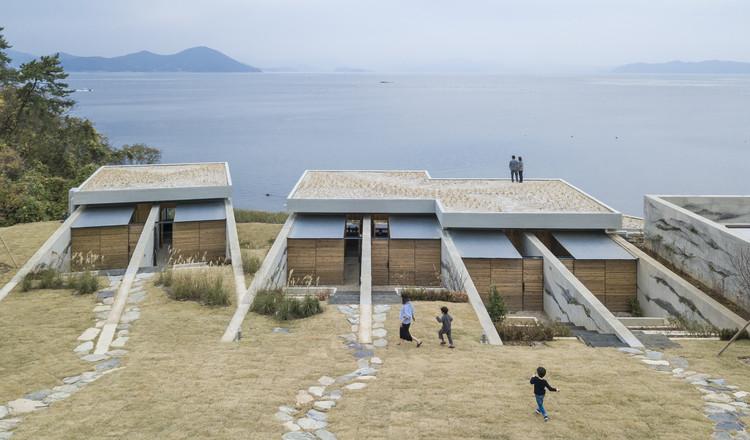 Text description provided by the architects. To cut into the earth, to lower oneself and melt into the horizon

Do we feel the fragility of human life when we see the mountains or the sea? If we get close to the earth, if we submerge ourselves in it, do we sense an essence closer to absolute being? The Geojedo Prairie House, perched beside a cliff along the Southern coast of South Korea, extroverts the experience of a home.

“Jipyoung” literally means “horizon earth” in Korean – its roof flung open and the majority of its mass subsumed into the side of a cliff, the building does not challenge the endless teal sea or crisp coastal air but instead humbly acquiesces to the forces of nature around it. Its intention is to respect the extant site conditions and blend into its landscape.

Where the predominant mode of seaside development in Korea has ravaged the natural coastline, this project instead seeks a healing embrace when the building meets the earth. The overall site is submerged, dug into the ground of the cliff, such that when one wakes they directly face the sea, experience the vitality of the nature all around.

The project nestles between a challenging topography and a winding road, fixing itself into the gully of the hillside.  Our hope is to create a more explicit communication between nature and architecture, a process through which those who inhabit the guesthouses lower themselves into landscape. They immerse themselves in an architecture which melts into the earth.

Along the longitudinal walls which border each guestroom, the concrete is intentionally eroded using water blasting. Yielding high pressure hoses, local artisans carved away at the concrete walls. These efforts slice through the clean surface layer of the concrete to make bare its rough aggregate interior, which, when exposed to the oncoming coastal conditions, allows a gentle layer of plant life to grow naturally in each vein. Sunken within the terrain, these walls become a verdant expression of a relationship with nature predicated on humility and softness.

Built for a local mother to accommodate visiting guests from across Korea, the Jipyoung House enacts a simple intervention into an existing landscape that strives at once to disappear into its situation and to become a truly special space of communion with nature. Freed to be introspective, the home proposes that in the spaces between architecture and the earth we might find the beauty of nature and calmness within life. 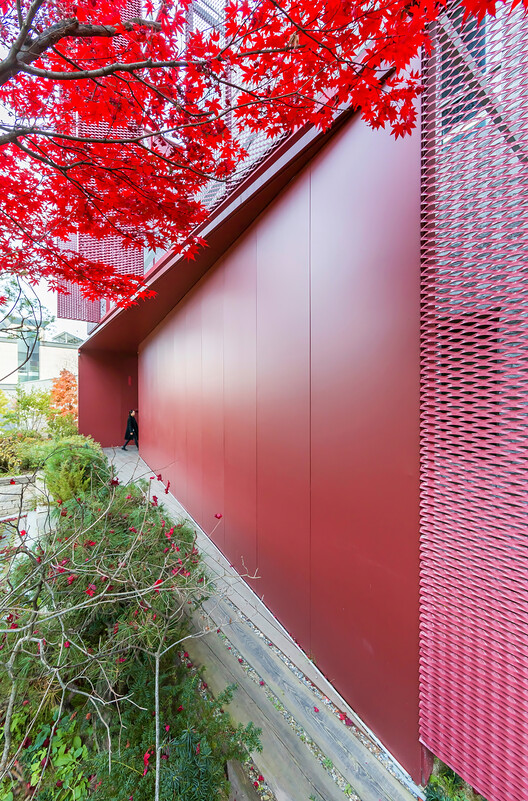 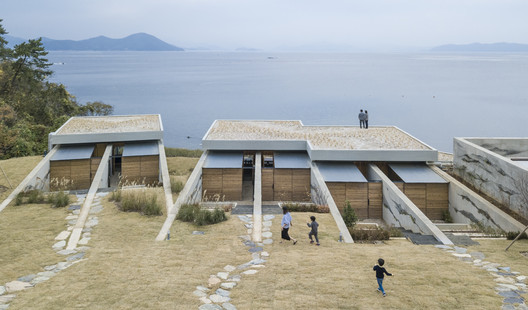