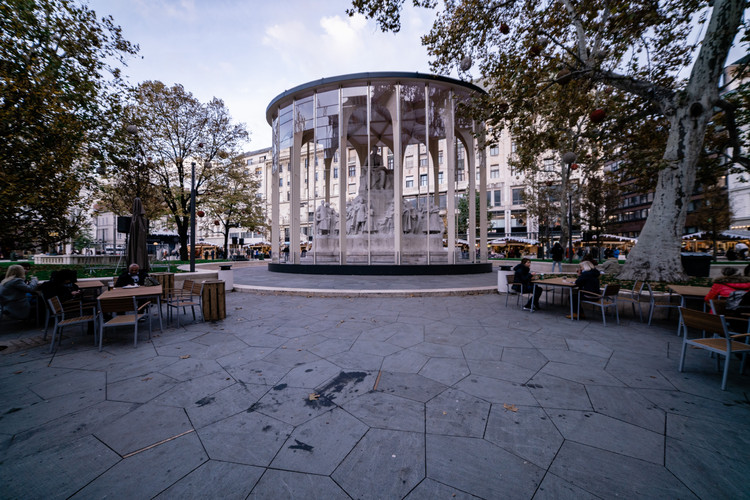 Text description provided by the architects. Known for its innovative temporary installations, Hello Wood Studio has approached the winterization of the monument in Vörösmarty tér with a fresh, contemporary view. One of the most frequented squares of Budapest has just emerged refreshed from renovation works, and the monument commemorating the rouser of the nation now also stands renewed. Hello Wood has created a unique temporary space around the artwork, called Art Shield, protecting it from the damaging effect of winter’s frost and thaw. Functionality served as their excuse to twist all our ideas of statue conservation and crown the monument with 10-metre-tall, spectacular steel pavilion of sacral overtones. The statue, now on display again in the winter season as well, and the pavilion together form the new gem of Vörösmarty tér, setting the example for other public spaces in Europe.

Budapest’s unofficial main square is the Vörösmarty tér and right in the middle of it stands the Vörösmarty monument. Having been carved from Carrara marble, this artwork is susceptible to damage by moisture and frost. The conservation solution employed so far is probably familiar to everyone; during previous winters, the statue was covered in plastic, which is a solution that is aesthetically and mechanically inadequate. The conservation of the monument is the responsibility of the Mayor’s Office of Budapest, however the construction of buildings befitting Budapest’s modern cityscape is also an essential and forward-pointing element of their urban development concept. The conservation of the statue is at the heart of BFTK (Budapest Festival and Tourism Centre); they assigned Hello Wood to design and build a contemporary solution the pavilion, which goes against the established practice by protecting and highlighting the monument at the same time, allowing it to remain the jewel of the square all year round.

'Hazádnak rendületlenül légy híve oh magyar.' An excerpt from Szózat that translates to ‘To your homeland without fail / Be faithful, O Hungarian!’ is inscribed on the plinth. This was also the guiding principle of Vörösmarty’s life. Although the poet often lived in deprivation, he remained intent on embettering the nation as a writer, editor, neologist, and member of the parliament. His life is an example that will and the will to act can overcome any difficulty. For over a hundred years now, the Vörösmarty monument has been representing the idea that even in difficult, turbulent centuries there are people and values capable of forging people living together into one nation. The churchlike pavilion that stands above the monument also symbolizes this dignified ideal. The temporary installation will be dismantled at the end of the winter season; its elements can be reassembled in the square again next winter.  The arched structure owes its airy quality to its weatherproof steel sheets, while the transparent plexiglass facade protects it from the driving rain. The architecture and design studio considers it important that the example of the spectacular conservational structure should be followed, therefore, they plan to deliver similar projects in the future. 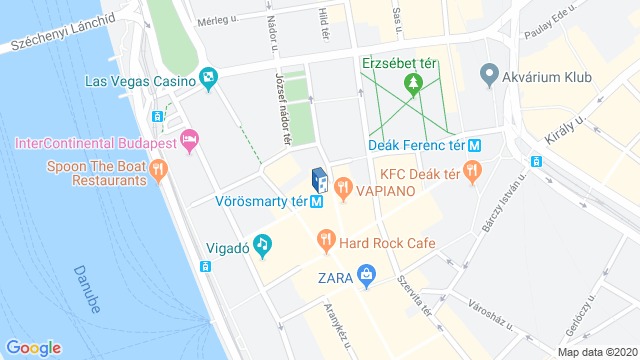 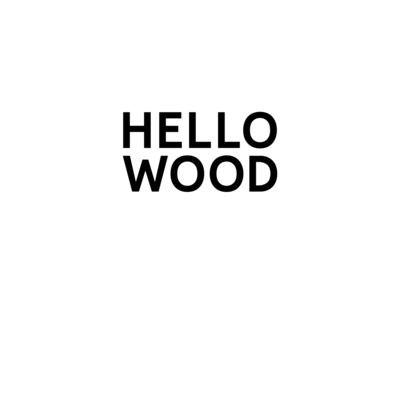 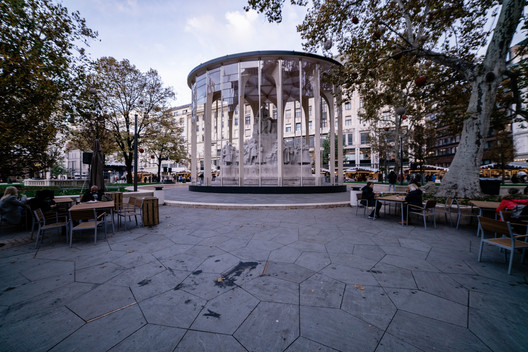