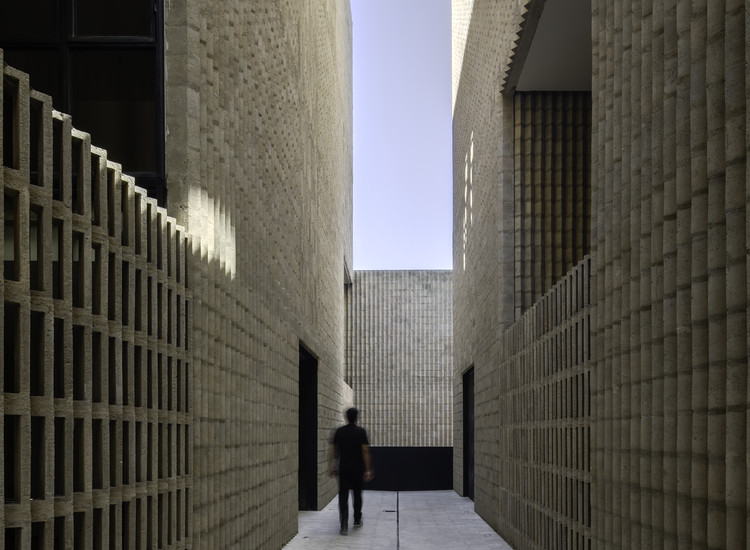 Text description provided by the architects. From the outset, the design was informed by a desire to challenge the organizational limitations of the typical vertical housing block. The objective was to expand, to blur, to make more dynamic the realm between public and private, interior and exterior, thereby creating new and more diverse possibilities for encounter between residents.

We opted to divide the dwelling units between two separate volumes, a decision inspired by the 'vecindad', a common working-class housing type in Mexico dating to the turn of the 20th century, in which family dwellings are arranged to one or both sides of an open-air, private corridor-like patio. These patios serve as a transitional space between the bustling street and the family home, and further function as gathering places for residents.

Rather than relying on balconies to provide private exterior space for the residents, we instead opted to fold the housing units inward to form a series of quiet, sheltered terraces that mediate the interior and exterior in a more ambiguous way.

The resulting units can perhaps be better understood not merely as apartments, but as multi-story “patio houses,” which are intertwined, a compositional exercise intended to ensure the best natural lighting and privacy. Each dwelling is therefore distinct from the next, but rather than articulate this condition on the exterior, the entire project is united by a façade of undulating, custom-fabricated concrete blocks. Light and shadow ripple as they move across the surface of this concrete veil, producing dazzling effects throughout the day. 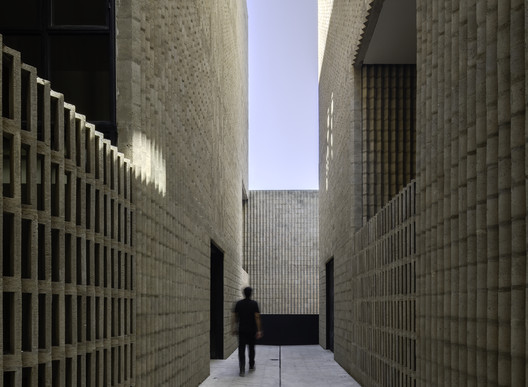