Does the Coronavirus concern us? Yes, it does. Beyond the rush for health cures, cities are seen to react by using both architecture and urban strategic planning as tools for the virus’ containment, shattering our notions of city and resilience planning.

What do we need to know about Coronaviruses? They are not new. First identified in the 1960s, they are common in both humans and animals, and while some of them are not dangerous, others are extremely serious. In 2003, the Severe Acute Respiratory Syndrome (SARS) outbreak was responsible for a death toll of 774, the Middle East Respiratory Syndrome (MERS) in 2012 was accountable for 282 dead, and the most recent one — the Coronavirus (technically known as the COVID-19) which started in Wuhan— is alarming in view of its rapidly rising number of suspected cases and death. Coronaviruses are classified as ‘zoonotic diseases’, meaning they can spread to people from animals. Just like in the case of SARS, and the Coronavirus outbreak, bats were the original carriers. The bats then transmitted the virus to other animals, which then transmitted it to humans.

Observing the evolution of the outbreak reveals fascinating insights into how cities (both in China and overseas) are responding to the crisis. Since the reported outbreak on the 9th of January by the World Health Organisation (WHO), the Wuhan meat market, where the coronavirus originated, was closed and invaded by people in hazmat suits. Two weeks later the city of Wuhan was placed on lockdown, and rapidly after, the zone expanded to 15 cities (including Shanghai’s Disneyland). In total, 56 million people were physically cut from the outer world with public transportation disabled and roads closed, during the Chinese Lunar New Year. To put this in perspective, 209 countries have a population of less than 56 million!

How do communities react to this? Interestingly, there are two reported sides of this, where residents are collectively chanting slogans from balconies to keep their moods up, contrasting with the scenes of desolation which reigns in the now ghost cities, and the impromptu acts by civilians to create secluded inner free-virus zones. In a report by SkyNews, structural measures in the form of makeshift brickwalls are seen to emerge in an attempt to prevent outsiders from accessing selected areas in the city. Those are accompanied by signs saying: ‘No Outsiders Allowed’, and by volunteer health checkpoints. Residents are not doing this on governmental orders, but in a bid to prevent their communities from the risks of the virus outbreak. A natural urge of bunkering to further seclude from the city is observed. But what does this mean for residents?

Bunkering in homes, in this context, for long periods of time tests car-dependent cities as residents go out only for grocery shopping. This is problematic as some roads are closed and large groups of people are made to converge to singular points for shopping due to centralised planning ideologies. The lessons of Nikos Salingaros (Professor and ArchDaily contributor) and of Carlos Moreno (currently pursuing the ’15-minutes city’) are valuable here as we understand that centralised planning may lead in this case to increased chances of virus infections. Decentralisation in this case not only reduces automobile dependency by removing the need for the car altogether but also provides community resilience as smaller communities can still function if they decide to disconnect from the larger city.

From construction and architectural standpoint, China does not disappoint with incredible resources invested to support its health needs. The construction of a 1,000 bed hospital started with a completion deadline of only 6 days (expected completion 3 Feb). Following this, an additional one was announced to house 1,300 beds, with a completion deadline of 15 days. Meanwhile, buildings are being renovated in record times to house the increasing number of patients, currently lining up in hospital wards. The situation is so bad that doctors have been reported to wear diapers so as not to waste time with toilet breaks. The demand for ultra-rapid construction surge, and architectural sustainability issues are put aside in favour of human survival.

The urban economy is expected to take a toll, and this cannot be disregarded as cities contribute more than 80% to global GDP. From the SARS outbreak, an estimated economic impact of US$ 12-18 billion resulting from the tourism, travel and retail sales industries alone. The Zika virus outbreak on its end is estimated to have costed local economies in affected areas between US$ 7-18 billion, while the Ebola virus caused an estimated loss of US$2.2 billion in the GDP of three economies (Guinea, Liberia and Sierra Leone) in 2015 alone. As it is too early to compute the foresee the economic impact of the Coronavirus on the 15 cities and the resulted impacts on the Chinese economy, resilience planning is expected to be reviewed to ensure that urban economic functions continue, even if at reduced paces, in future outbreaks.

Having big tech on our side can help, as our cities are increasingly becoming a playground for ICT corporations due to the rising popularity of Smart Cities, where the IoT market is expected to explode to reach 20 billion this year (2020) and 41 billion in 2025. This wealth of data is coined as being the new gold rush, but -besides privacy concerns, there are criticisms that its use is mainly limited by large ICT corporations for monetary gain; hence limiting data-communication between smart city devices and across systems. This segmented data approach negates the efficiency that such concepts prone, where datasets could be processed through Artificial Intelligence (AI) tools. However, even with limited datasets, the coronavirus outbreak was managed to be detected 9 days earlier by a Canadian AI algorithm. However, more precise readings can be obtained through larger datasets by ensuring that protocols on data sharing are calibrated to remove all hurdles appertaining to sharing of information and for this, there is a need for standardization of protocols between smart city operators and device manufacturers.

What’s next, as the world observes closely this pandemic, is the need for increased discussions between various stakeholders, expanding it the health sphere to others; include Architectural and Urban organizations, like the International Union of Architects (UIA), the International Society of City and Regional Planners (ISOCARP), and others alongside big ICT corporations. Discussions on the future of cities, in our current urbanized world, can only have sustainable outcomes if all actors understanding or set to understand, the intricate relationships between the various urban dimensions -including social ones, are present. On this, design professionals need to voice out. It is important we contribute to the discussion, as we are witnessing a global catastrophe. As problem solvers, we can collaboratively work towards the study of how to provide higher liveability in those Chinese cities and in others, in less developed economies, should the virus spread further in the weeks to come. 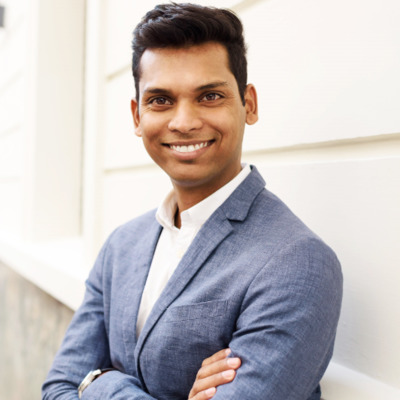 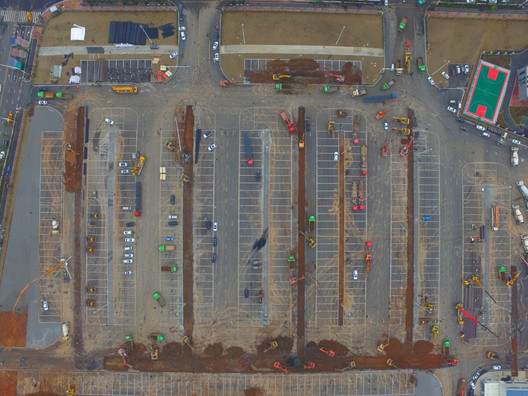