Save
Unified Architectural Theory: An Introduction
Share
Or
Copy

In the following months, we at ArchDaily will be publishing Nikos Salingaros' book, Unified Architectural Theory, in a series of installments, making it digitally, freely available for students and architects around the world. In the following paragraphs, Salingaros explains why we've decided to impart on this initiative, and also introduces what his book is all about: answering "the old and very disturbing question as to why architects and common people have diametrically opposed preferences for buildings."

ArchDaily and I are initiating a new idea in publishing, one which reflects the revolutionary trends awaiting book publishing's future. At this moment, my book, Unified Architectural Theory, 2013, is available only in the USA. With the cooperation of ArchDaily and its sister sites in Portuguese and Spanish, it will soon be available, in a variety of languages, to anyone with internet access. Being published one chapter at a time, students and practitioners will be able to digest the material at their leisure, to print out the pages and assemble them as a "do-it-yourself" book for reference, or for use in a course. For the first time, students will have access to this material, in their own time, in their own language, and for free!

The book itself arose from a lecture course on architecture theory I taught last year. Students were presented with the latest scientific results showing how human beings respond to different types of architectural forms and spaces. At the end of the course, everyone was sufficiently knowledgeable in the new methods to be able to evaluate for themselves which buildings, urban spaces, and interior settings were better suited for human beings.

This approach is of course totally different from what is now known as “Architectural Theory.”

The “Theory” offered here is unified precisely because it describes and helps to understand all different styles of architecture. Moreover, it has predictive value. The basis for analysis is an objective one, free from philosophical, ideological, or political bias. I believe that my language (coming from a scientific background) is clear and direct. For this reason, it’s an antidote to much of today’s architectural discourse that is an intellectual game too esoteric for public understanding.

I do not exaggerate in claiming that this book (and the research upon which it is based) finally answers the old and very disturbing question as to why architects and common people have diametrically opposed preferences for buildings. People react according to their biological intuition, judging their environment for its positive or negative effect on the human body. Architects, on the other hand, are conditioned to ignore their own bodily signals and to judge the world according to abstract criteria. In many cases, such judgments lead them to build anxiety-inducing structures that are bad for people’s health and wellbeing.

There are indeed a large number of architects who are moving in the direction of this book already, trying to employ more organic forms and to break out of the glass or concrete box. But, lacking a scientific background, they proceed by visual intuition alone, with only limited results.

Here is where this book really helps: by distinguishing between (1) the superficial appearance of organic order and (2) the generation of architectural form according to the same processes that give rise to biological forms. Those are two entirely distinct mechanisms. All of this is explained in detail in the book.

The ideas in this book were developed by investigating architecture and design using the scientific method; thus, most of these results are entirely original and highly relevant to architecture, while at the same time situated strictly outside the common architectural discourse. Most of the design community would otherwise miss them, and that would be a great pity.

In conclusion, this is a goldmine for young architects who are keen to develop innovative forms, which moreover provide healthy and attractive living environments. There is a minor price to pay, however, and that is the unavoidable criticism of those (often highly-regarded) architects who pursue the opposite course of image-driven design. While I do not condemn them outright, anyone reading this book soon realizes that the image-based approach is basically defective, and should be abandoned. So this book is bound to ruffle a few feathers. In the name of architectural progress -- I invite you to take up the challenge.

Chapters from Nikos Salingaros’ book, Unified Architectural Theory, will appear in installments on ArchDaily throughout the year. Stay tuned for the first chapter!

Order the International edition of Unified Architectural Theory here, and the US edition here. 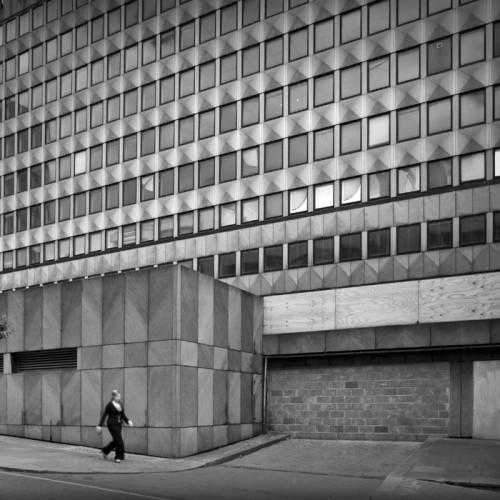