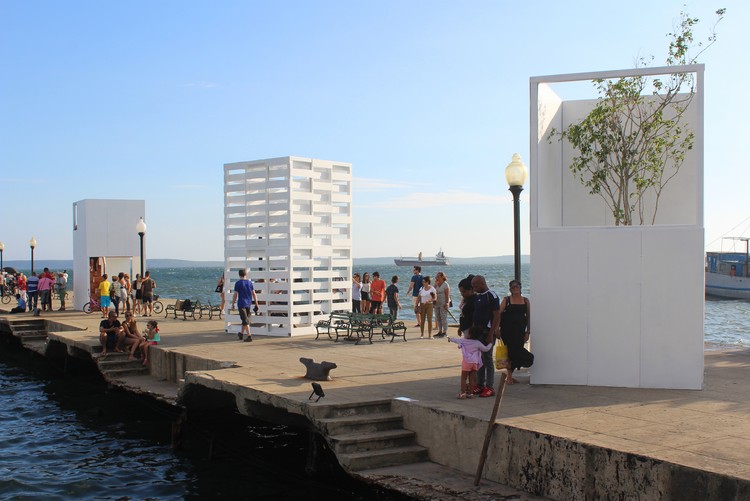 "Tres Esencias" is an intervention in the public space by Albor Arquitectos for the collective project "Mar Adentro", an exhibition curated by the Contemporary Art Center Wilfredo Lam for the XIII Biennial of Havana whose main thematic axis was "The construction of the possible". "Mar Adentro" participates within the official projects of the Biennial that, for the first time, expands outside the capital and coincidentally was located in the city of Cienfuegos in the celebrations for its bicentennial. The proposal of the curatorial team demanded as a first step to define an area of intervention and, as a result of an academic exercise carried out by our team*, the maritime front of the historic center was selected.

The historical center of Cienfuegos constitutes its administrative, commercial, cultural center and main tourist destination. Thus, interventions in their public spaces influence - as in no other place - the urban dynamics of the city. Paradoxically, the potential relationship with the sea has been little exploited, despite its historical importance - the foundational reason of the city - and its value in the nostalgia of the popular imagination. On the seafront - the primitive port of Cienfuegos - neoclassic warehouses, rails of the old railroad, the Customs building, a shipyard and vestiges of wharves create a unique and inclusive atmosphere, although forgotten since the dismantling of the port, which today begins to be rehabilitated.

On the other hand, in the vicinity of the area is located the most densely populated area of the historic center, with buildings that were built mostly between the nineteenth century and the first decades of the twentieth. The abandonment that brought with it the dismantling of the port, to which are added the economic crisis and the phenomenon of self-construction, have meant the devastation of a large part of the traditional architecture of the area, which has been intervened by its owners to adapt them to the urgencies of contemporary life. These modifications are mainly expressed in the invasion of patios, division of spaces and interior heights with walls and mezzanines and decrease of the areas destined to openings.

Such constructive actions fragment the housing lots, eliminating traditional spatial relationships, environmental comfort, and spatial quality. In this context, "Tres Esencias" aims to rediscover people with those fundamental elements of traditional local architecture that, as a result of reality, have been forgotten. Stripping off its formal features, the pieces synthesize the spatial experience that the patio, the permeable closures that filter the light and the interior height and the viewpoint are able to offer from their relationship with this particular urban space surrounded by the sea.

Three prisms, painted white from the idea of giving all the prominence to the perception of spatial geometry, open to the visitor in order to be appropriate, seeking a reconnection with the experiences lived in traditional spaces, or creating starting points for new experiences that can be incorporated into their daily reality.
* Diploma Thesis: González García Merlyn (2017), Restructuring plan for the system of public spaces in the historic center of the city of Cienfuegos. 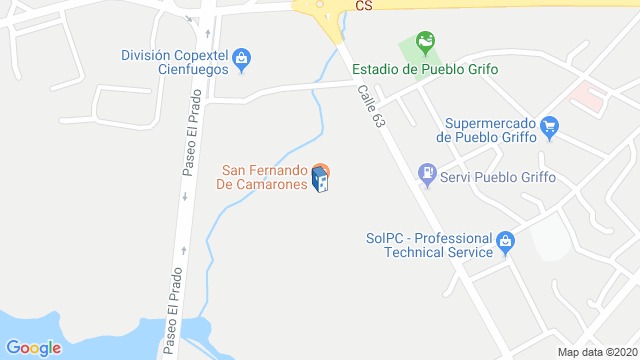 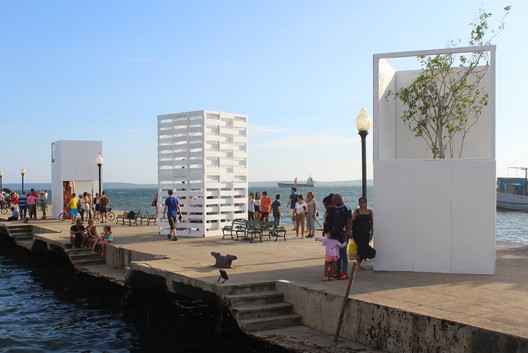