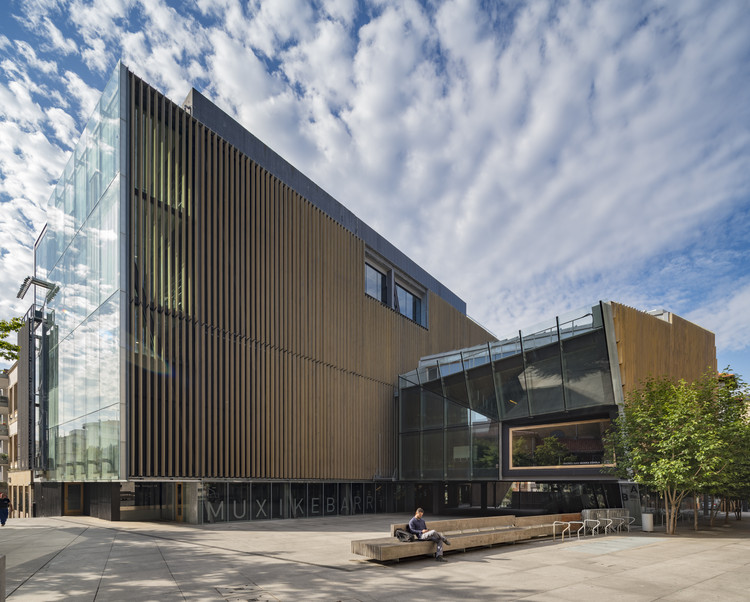 Text description provided by the architects. The insertion of the designed object clashes with the convergence of different factors: the outstanding presence of Saint Nicholas’ church and the adjoining plaza with the annex building of the former town hall, the intricate identity of the residential volumes around, the harsh party wall of the telecommunications building and the oblique crossing of two marked local arteries. They are all joined together on this singular scenery of intense social and cultural connotations.

As a whole, the existing ensemble constitutes a balcony facing south to the Bay and the port of Bilbao (the Abra),crowded with a concerned audience. Thus, the arrangement of the containers for the complex required programme acquires maximal importance. Its skyline shows a last and precious opportunity, an open unoccupied window struggling across the fierce competition: in a natural way, its place is immediately taken by the ascending foyer of the new Auditorium. The volumes, both visible and hidden, are the result of the balance between the diverse surrounding requests and the expanding impulse of the crowded programming they contain. So, the main volume of the Auditorium leans onto the mute party wall of the adjoining Telefonica building, whereas the free standing smaller one, hosting the Municipal Music School, is adjusted to the scale of the residential surroundings, thus lightening the visual perception of the complex. This volume also covers the main access to the Auditorium and the new open space generated behind by the ascending foyer, which is conceived as a great scaffolding to give access to the different access levels to the hall, while providing a panoramic view and showing its own presence to the Abra.

The tower of Saint Nicholas’ church retains its outstanding nature in a front view from the sea of the new generated skyline, to which the new presence of the theatre is added as a cultural beacon for the Abra. The flat glazings on the façade makes a double-lay system which inserts its structural buttress from within, fixed by galvanised mechanisms. In the southern face, it acts as a ventilation device for thermal regulation and, in the northen one, as an accoustic correction mechanism. The wrapping is generated by the adoption of an oak finger-joint wooden slats system ( drawn from the 40 x 20 cm stantard profile) optimised in two pieces (as it is severed diagonally), which works as a heat sink and stretches out to the whole as a unique on-site impression. 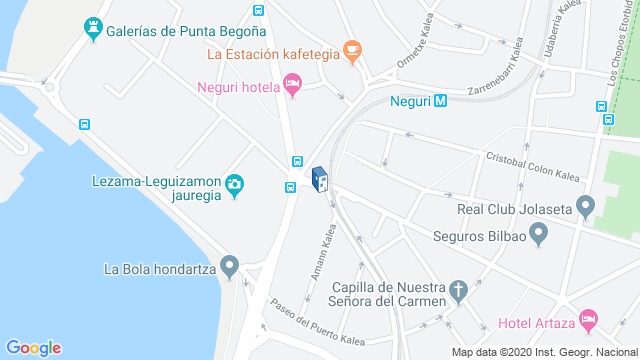 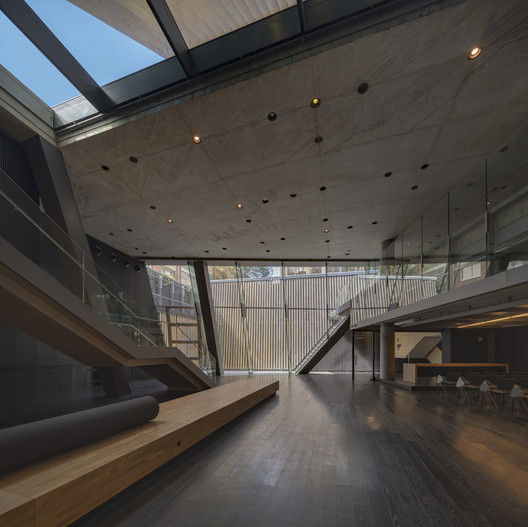 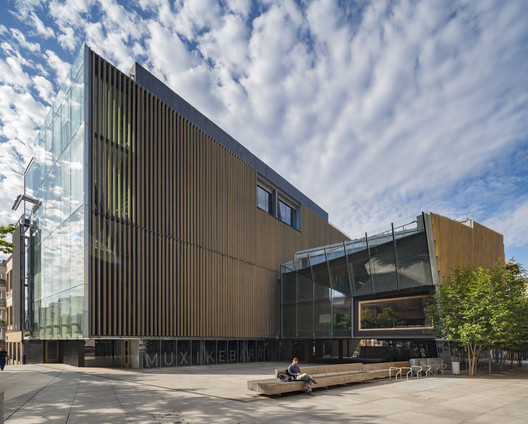