Save
Tel Aviv City Guide: 6 Bauhaus Buildings to See in the White City
Share
Or
Copy

When members of the Bauhaus school fled Germany, many of these talented visionaries made their way to Tel Aviv. At the time, the city was in its fledgling stages and served as the ideal blank canvas for this idealistic concept. Today, the city boasts over 4,000 Bauhaus buildings and has earned distinction as a UNESCO World Cultural Heritage site. Last year, for the 100th anniversary of Bauhaus, the city opened the White City Center in partnership with the German government to actively promote the preservation of this iconic architectural style. The White City Center hosts exhibitions where visitors can learn more about this iconic style. The Bauhaus Center is also worth a visit and hosts weekly guided tours on Fridays for a small fee. For those who are planning a visit here’s our list of the top six must-see Bauhaus buildings in Tel Aviv.

Designed by Ze’ev Haller and built in 1933 for metal industry magnate Zadok Ehrlich, the Ehrlich House is a standout example of Bauhaus. Built right on the street, as opposed to being set back from the road like most Bauhaus buildings in Tel Aviv, the Ehrlich House is a prime example of the rounded corner, a typical element of the style. The use of grey stripes to form a sort of ribbon was an element employed by Haller to emphasize the building’s horizontal dimension, accented by its big, protruding balconies. Several other notable buildings by Haller include the Bruno House, the Delfiner House, and the Horsnstein House.

Planned by architect Pinchas Bijonsky, the Reisfeld House was built in 1935 and served as a residence for the wealthy and dignitaries. Then in the 1980s this dazzling residence began to lose tenants and fell into decay. In 2009, Bar Orian Architects and Amnon Bar Or – Tal Gazit Architects partnered in an effort to restore and preserve this historic building, while also adding on five new levels with a more contemporary look, Today, the building’s dazzling white rounded porches glisten beautifully and serve as a prime example of the Bauhaus style.

If we had to recommend a place for an architecture aficionado to stay, it would be The Hotel Cinema. Located in Dizengoff Circle, not only is this hotel centrally located near some of Tel Aviv’s most famous Bauhaus buildings, it too is a Bauhaus must-see. However, it was not initially built as a hotel but was, in fact, one of the city’s first movie theaters, named Esther Cinema, and designed by one of Israel’s most prolific architects Yehuda Magidovitch. With its ribbon-like balconies and striking shapely windows, this structure continues to stand out even today.

Dov Karmi, a renowned architect in his time, designed this building which was built in 1936 by Tony and Max Liebling. It is most well-known for its homage to the designs of Le Corbusier who was an advocate for strip windows which almost give the allusion of floatation. Another defining feature are the building’s elongated, recessed balconies which were a novelty upon its construction. For his work on buildings such as this one, Karmi was the first recipient of the Israel Prize in Architecture. In 2015, this building went into restoration to be opened as the new White City Center in September of 2019.

Built by one of Israel’s founding fathers of architecture, Ze’ev Rechter, the Engel House is renowned as the fist house in Tel Aviv to be constructed on stilts. An immigrant from Ukraine, Ze’ev came to Tel Aviv at the age of 20 and by the age of 25 had designed his first building for the city. After spending time studying in Rome and France, he came back to Tel Aviv with fresh ideas and in 1934 the Engel House was built boasting two distinctive features that would become prominent in Tel Aviv: stilts and protruding window frames which made the house more suitable to the local climate. On the Rechter scale, this one is a 10.

Perhaps the most well-known luxury boutique hotel in Tel Aviv, The Norman Hotel actually consists of two 1920s Bauhaus buildings that were restored: one featuring renaissance and oriental influences and the second quintessentially Bauhaus. Tel Aviv-based architect Yoav Messer is responsible for the renaissance of these buildings. Once serving as two dazzling residences, today it is known as one of the top destinations for both visitors and locals who come to enjoy the space and grab a bite at its top rate restaurant. 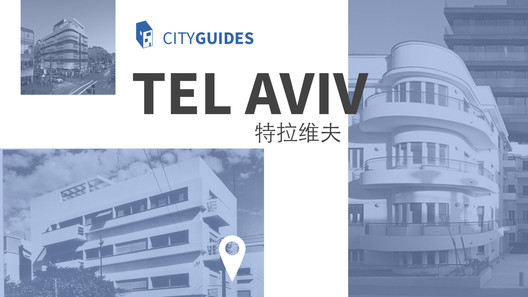