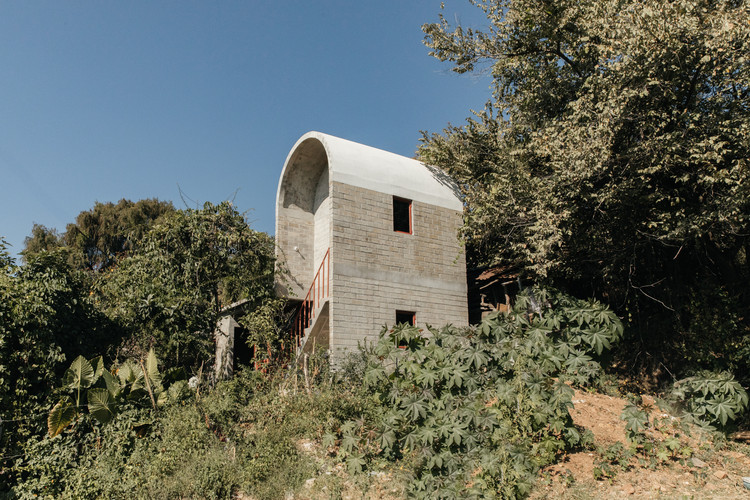 Text description provided by the architects. Following the earthquakes of September 2017, different architectural offices, designers and collaborators, both national and international, joined ReConstruir México, a project supported by PienZa Sostenible, which emerged with the aim to join forces to achieve conscious and sustainable reconstruction projects. Seventeen months after the tragedy, PienZa Sostenible has achieved to manage more than 150 reconstruction projects in six states thanks to the support of different donors, agencies and volunteers, with the aim to improve the quality of life of people in the communities that not only suffered serious effects on their heritage, but also faced serious degrees of vulnerability and social deprivation. From August 2017 to today, a total of 16 homes have been delivered in Ocuilan, State of Mexico. The project promoted by #LoveArmyMéxico, and that has the support of foundations and trusts such as Fundación Origen, ¡Échale! a tu Casa, Fideicomisio Fuerza México and PienZa Sostenible, consists of 50 single-family homes designed by more than 40 architecture offices, as well as a Community Center, by T_O Arquitectura.

Casa Martha is located between Malinalco, a renowned archaeological and tourist site, and Chalma, one of the most important pilgrimage sites in Mexico. The family who live at Casa Martha is made up of parents and their two children of around 40 years old, who still live in the family home. The elderly mother has some trouble walking and the father suffers from blindness and it was facts like these that inspired Naso’s approach and were the starting point for the house design, resulting in three fundamental ideas: Firstly, to generate accessible, efficient and clear circulations within the house to ensure the parents could be as independent as possible; Secondly, to promote the interaction and coexistence between parents and children, as well as respecting their privacy; Finally, to include spaces that could open possibilities and potentially facilitate the chance of additional income for the family.

The location of the site was essential for the formal proposal of the house. Being on a hill, the property had two very different conditions; it was of a very rugged topography but also lay on practically flat land. It was decided that we would construct the new house on the same surface as the previous one, thinking about the stability of the land, the ease of construction and the intention to avoid any unevenness in the living spaces, with a view to meeting the accessibility needs of the parents. From this, the main volume of the rectangular plant emerged, within which lie the spaces of common use: the kitchen, the dining room, the bathroom and two bedrooms.

One of these two bedrooms was intended to be used by either of the two children, and on the opposite side was the main bedroom, whose space is lined with the kitchen and dining room and whose door is perfectly aligned with the bathroom door, allowing a direct circulation without any obstacle. The nucleus or the public space of the house can be opened completely using sliding doors and this not only integrates the exterior into the house, but also will end up functioning as a large porch, allowing its inhabitants to be immersed within the natural and social landscape that surrounds them.

The third room that is located on the second level can be accessed by an independent staircase meaning it has greater independence and it can also use the roof of the main house as a terrace. Formally, the presence of this room adds character to the project through a concrete vault that refers us to the surrounding mountains, while responding to the rainy climate of the area. The same construction system was used for each part of the reconstruction project and was based upon a compacted earth block manufactured on site which can be seen on all the facades of this house.

The location of this particular house is very interesting since it is close to several points of tourist and pilgrimage attractions. For this reason, having the third bedroom independent to the rest of the house allows us to think of an economic model that could support the family's income through future rentals on distinct platforms or independent social contracts. This is how the house, in a very small area, has the possibility of accommodating different ways of life whilst offering a stable, social and independent future to a family that needs it. 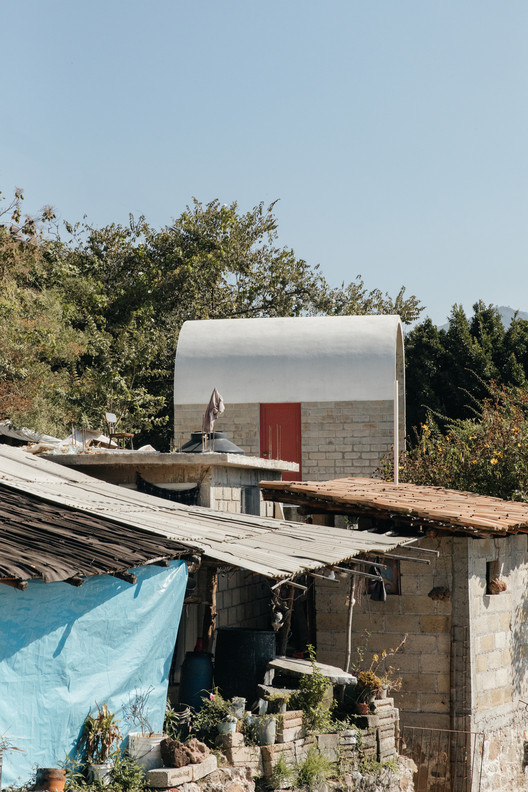 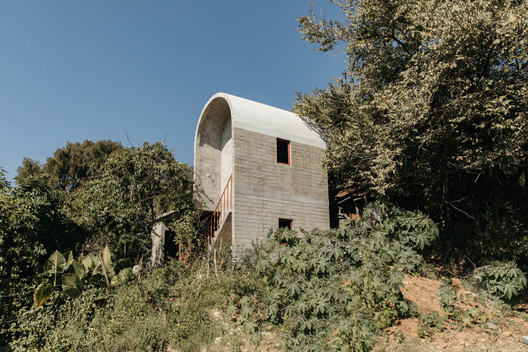