Unfortunately, we've probably all experienced the unfortunate surprise of finding mold at home. These undesirable black and greenish spots, usually seen in dark, damp corners, may seem harmless at first, but they pose a major problem for buildings and occupants. Because the tendency of mold is to continuously spread, it gradually contaminates other materials and surfaces, causing a characteristic smell and contaminating the air. But how is it possible to control it and, mainly, to prevent it from occurring through architectural design?

Mold is a type of fungus that is present almost everywhere, including the air itself. There are many different species. When the term "black mold" is used, it usually refers to the so-called Stachybotrys chartarum. There are other very common species, such as Alternaria, Aureobasidium, Chaetomium, etc. It is important to note that while mustiness is the fungus in its initial stage, making it more superficial and easier to remove, mold is the fungus in its advanced stage. The characteristic black dots indicate that the mold is already rooted in the place, making it much more difficult to remove. Fungi reproduce through their spores and thrive on moist, cellulose-rich surfaces, such as fiberboards, wood, drywall, and plasterboard. In places with small leaks and infiltrations, mold can also appear.

Black mold is toxigenic - that is, it releases so-called mycotoxins that can be extremely harmful to building occupants. Of course, some people are more sensitive to fungal spores than others, and may develop respiratory symptoms after inhaling a small number of spores. But an environment with a high concentration of mycotoxins can even cause fungal poisoning in healthy individuals, depending on the concentration of mycotoxins, the amount of time exposed to them, and other factors.

For babies and children, exposure to fungi is even more harmful. Research has shown that children exposed to mold may be more likely to develop asthma. In 2009, the World Health Organization released a document called WHO Guidelines for Indoor Air Quality: Dampness and Mold, compiling a comprehensive review of scientific research on health problems associated with moisture in buildings and biological agents. The report concludes that the most striking effects of mold are the increased prevalence of respiratory symptoms, allergies, and asthma, in addition to the disturbance of the immune system. The document also summarizes the information available on the causes of mold as well as useful measures to control its growth indoors. The most important way to avoid adverse health effects is to prevent (or minimize) persistent moisture and microbial growth on interior surfaces and building structures.

As architects, it is our duty to develop buildings that keep the occupants as healthy as possible. Therefore, one can never be too careful when waterproofing roofs and walls, making sure to utilize suitable products. Accurate detailing and monitoring during the work is vital to certify the safety of the structures. It is even more important to take into account that abundant sunshine and adequate ventilation are the easiest, cheapest, and (generally) most effective ways to control indoor humidity. Conducting analyses and proposing appropriate solutions for sunlight and natural ventilation, i.e. developing passive strategies, can be the smartest preventative measure in many cases, especially in places with more moderate climates.

However, as complex as it is to prevent the occurrence of these harmful microorganisms in buildings, there are some precautions that can be taken: 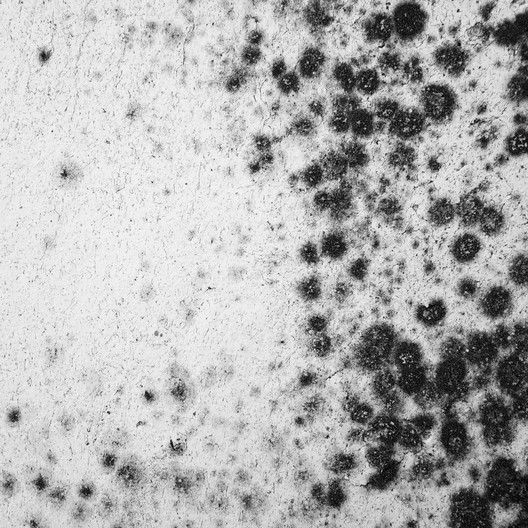