Terunobu Fujimori is a Japanese architect and leading historian of modern Japanese architecture acknowledged for his shift from traditional techniques. In a short video interview, he discusses his original understanding of a traditional Japanese building and his interpretation of the renowned Japanese teahouse.

Born in 1946, the Japanese architect that appropriated the process of carbonization of wood, recognized previously in vernacular projects, is also known for his reading of the traditional Japanese teahouse, where he suspended the house on stilts. Terunobu Fujimori’s architectural works include the Jinchokan Moriya Historical Museum in Nagano Prefecture (1991), the Takasugi-an Tea House (2004), Charred Cedar House (2007), and Flying Mud Boat (2012). He has also designed the Japanese Pavilion at the 2006 Venice Architecture Biennale.

The Evolution of the Japanese Tea House

In an interview with Kasper Bech Dyg at Ordrupgaard in Charlottenlund, Denmark in May 2018, Terunobi Fujimori discussed his site-specific Japanese Tea Tree House, stating that: “I started to design tea houses because I was interested in the idea of flexibility and fun design in a small space.” Preserving the “feeling of freedom” inside the tea house, Fujimori argues that one of the reasons behind this flexibility is the caste system used 400 years ago, suspended inside the tea house. Building with only natural materials from the location, the architect finds it essential to integrates the house with nature. 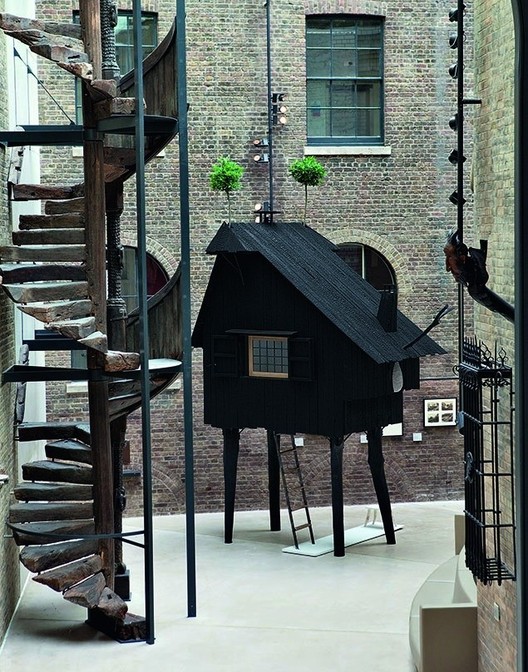