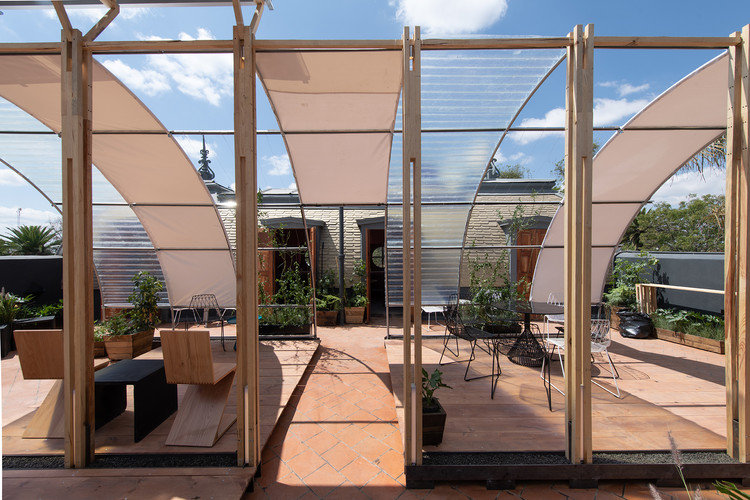 Text description provided by the architects. The Giacopello Pavilion is part of the second edition of Casa Besign Puebla, an event where every year more than twenty offices of designers, architects and landscapers participate by intervening with a space in an old house, this year Casa Giacopello was chosen - popularly known as the House of the Dwarves - which was built in the 19th century and is located in the centre of the City of Puebla.

The space intervened by HDA: Hector Delmar Arquitectura + Taller Paralelo was the rooftop of the house, an “empty” space, whose only presence is the back of the mansard; This space used to be the service area made up of three attics. Under this premise, the pavilion is a reinterpretation (conceptual abstraction) of the mansard to give it a new use: a garden terrace that is intended to be used as an extension of the habitable spaces of the house. The proposal consists of three wooden platforms linked together by a light structure, alluding to the three attics linked by the existing mansard. The platforms were suspended on steel profiles to avoid weight on the slab of the beam structure.

The structure is made up of columns of wooden bars of 1 ½” and a 1” thick wall of galvanized electrical pipes. The coating varies to give different shades of light and shadow, made of canvas, corrugated polycarbonate sheet and vine, all low-cost and easy-to-get materials. At the top of the structure, photovoltaic panels were placed in sight, which provide energy for the artificial lighting integrated into the structure. Where a vacuum existed before, there is now a site of integration with the interior space of the house, where new technologies are part of the architectural composition rather than hidden objects. 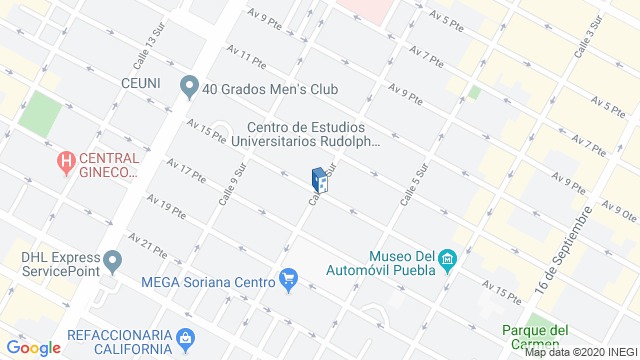 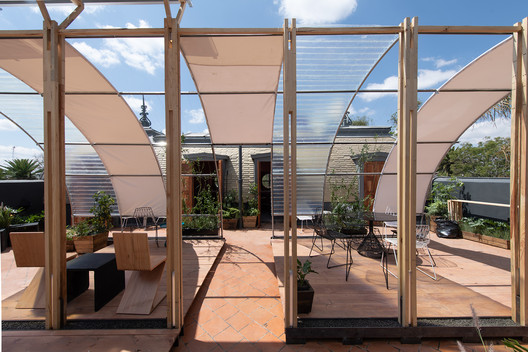