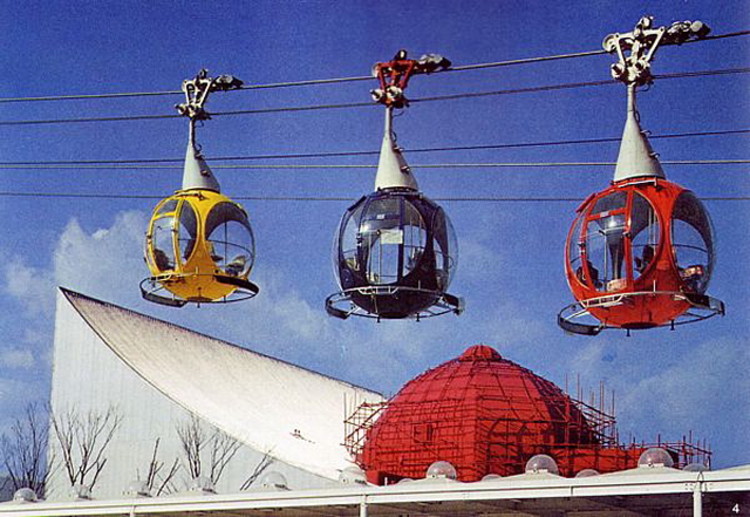 Text description provided by the architects. Traveling back in time to the streets of Osaka, Japan in 1970, people today can only imagine the visions many architects around the globe had for future designs and innovative building technologies that would later ignite today’s generation of architects. The theme of the Expo was "Progress and Harmony for Mankind," and the aim was to showcase the possibilities of modern technology to create a foundation for a high quality of life and peace throughout the world. Images from the event after the break.

A total of 77 countries attended the event and the number of visitors surpassed 64 million people, making it one of the largest and best attended expositions in history. This was the first World's Fair to be held in Japan, a nation that had experienced an extremely rapid period of development in the 1960s.

Robots, ropeways and iconic building designs surrounded the city, which would make one think where this kind of vision was in this year's expo? Several futuristic elements lined the streets and created a heightened sense of wonder for the millions of visitors. This world fair definitely demonstrated the evolution of building types and technologies throughout the world and gave people a glimpse of what is to come.

For more photos and videos on the 1970 Expo, check out the website.