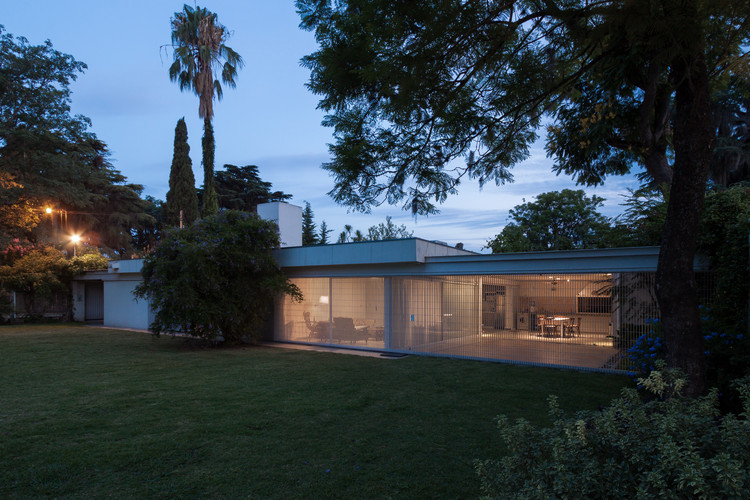 Text description provided by the architects. In the city of Funes, a vast and low-density urban area, a few kilometers away from the city of Rosario, a summer house needs to be extended and remodeled with the purpose of putting up a family and its new generations more frequently. The project is accomplished through the reinterpretation of the interstitial spaces comprised between the existing construction and the plot borders.

Through simple operations, taking advantage of the hermetic nature and position of the old house, the private rooms, that the new plan of three bedrooms and a bathroom demands are organized. Under a regular series of metallic outlines that settle and reorder those parts of the plot that surround the house, the social use area is laid out. Towards the southwest end of the plot, indefinite and in disuse, a series of reinforced concrete blocks between the outlines make room to the gallery, kitchen, living/dining room, and utility room, incorporating the old grill area.

With the covered area already defined, the outlines in the remaining areas are covered by a solid iron frame, turning into arbors and forming interior courtyards protected by panels of fixed bars as well as movable ones. Under the same sequence, combined with wood strips, the vehicles are parked at the east end of the plot. These intermediate spaces provide shadow, security for the expansions and successively fade the idea of back/front and exterior/interior away. The adopted monochromatic material palette emphasizes the sequence of the dematerialization of the construction towards the garden and, at the same time, it establishes a tectonic dialogue with the preexisting house.