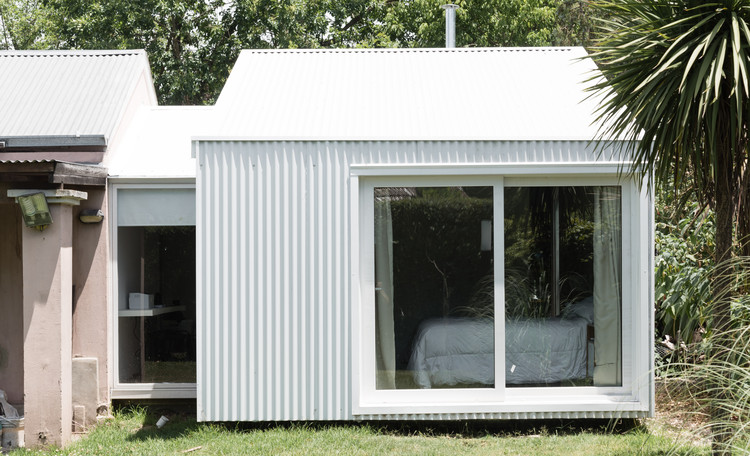 Text description provided by the architects. In City Bell, a town in the suburbs of La Plata (Argentina), the need for expansion on a single-family home gave origin to this idea. As an answer to this issue, the existing conditions and the new requirements (a new bedroom), the decision was to continue the development of the “private” part of the house taking as a starting point the repetition and traslation of a structural element and the morphology of the preexistence.

The module responds directly to the optimization and good use of the chosen materials (profiles, metal sheets, phenolic plates). The program intervenes from its interaction with the existing elements through a flexible and light articulation, which acts as an intermediary between the rest areas, harmonizing the relationship between the most introverted spaces. Defined by its use, the new object tries to link with the exterior on its sides, framing and allowing the vegetation a part as protagonist.

Its form seeks to provide containment when inhabiting it. The service area is resolved on a smaller scale than the resulting as an exempt box, allowing the verification of the space as a whole, and generating a dynamic circulation in response to the different areas. The wood takes a preponderant role defining the silhouette, giving warmth and continuity. 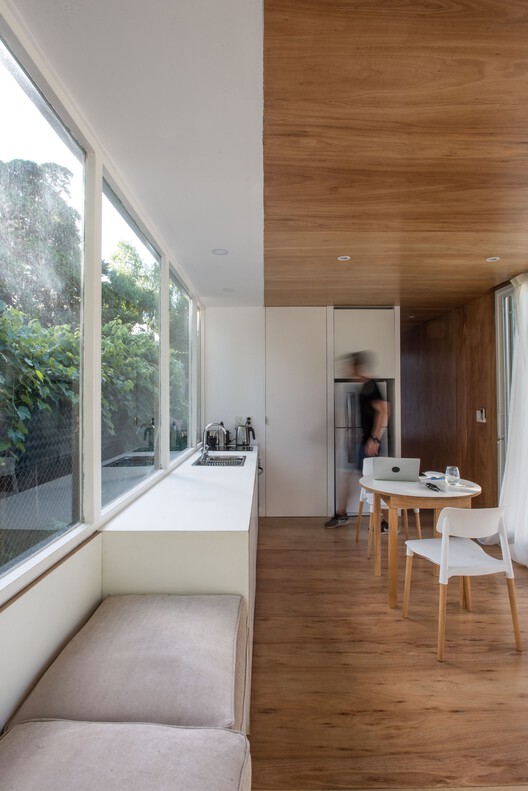