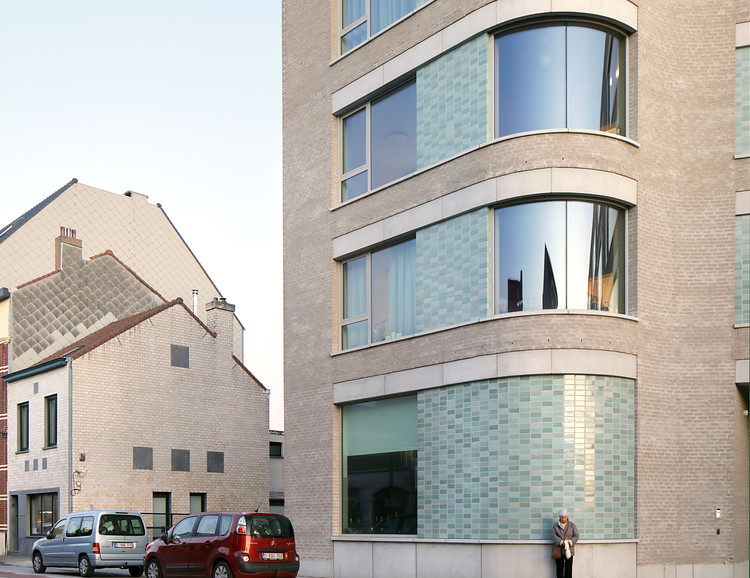 Text description provided by the architects. When designing the care home, we wanted to contribute to the success of the masterplan in which it is situated. Our approach was to enliven and charge the passage underneath the residential care centre. Instead of cycling along a large building, you ride right through it. This passage is formally enhanced in the building, so the public character becomes clearly tangible. Furthermore, the front facade is lifted along the street side, creating visibility towards the green courtyard. In the back, the restaurant acts as an independent ground floor pavilion, which carefully positions itself between the buildings along the street and the recreational area of the allotment gardens at the back.

The building itself is conceived as an enfilade of moments, offering the residents an animated passage. These moments arise from variation on a consistent visual language, materiality and colour choice. The corridors on the upper floors are equipped with five resting places, ranging from a cosy red room on the street side to a spacious salon overlooking the garden.

The floor plan and the materiality suggest domesticity. The more characterful spaces, such as the salons or the chapel, have a felt wall covering. Oak wood floors in classic floorboards or in a herringbone pattern, can be found in the rooms, the salon and the restaurant. The domestic experience contrasts with the institutional feel characteristic to large scale care facilities.

The building contains 2 courtyards: a large one with mosaics by artist Leon Vranken and a smaller one at the back, which contains 3 ponds. On the roof of the rear pavilion a garden was created reminiscent of the flora of the nearby dunes along Belgium’s coastline. The sandy brickwork, the bright yellow sunscreens and the dune grass green glazed brick slips bring the sea even closer. 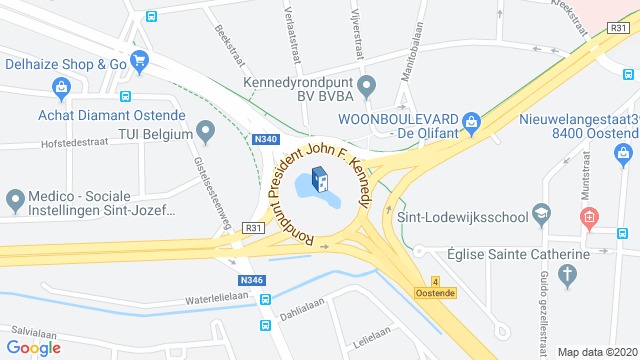 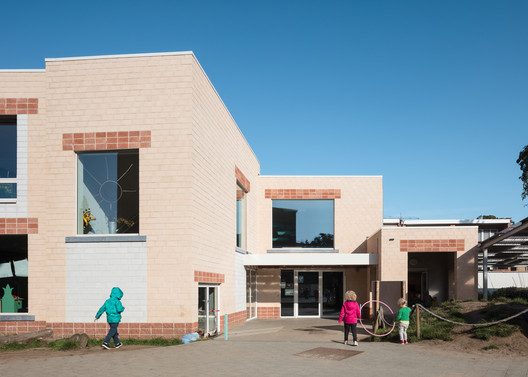