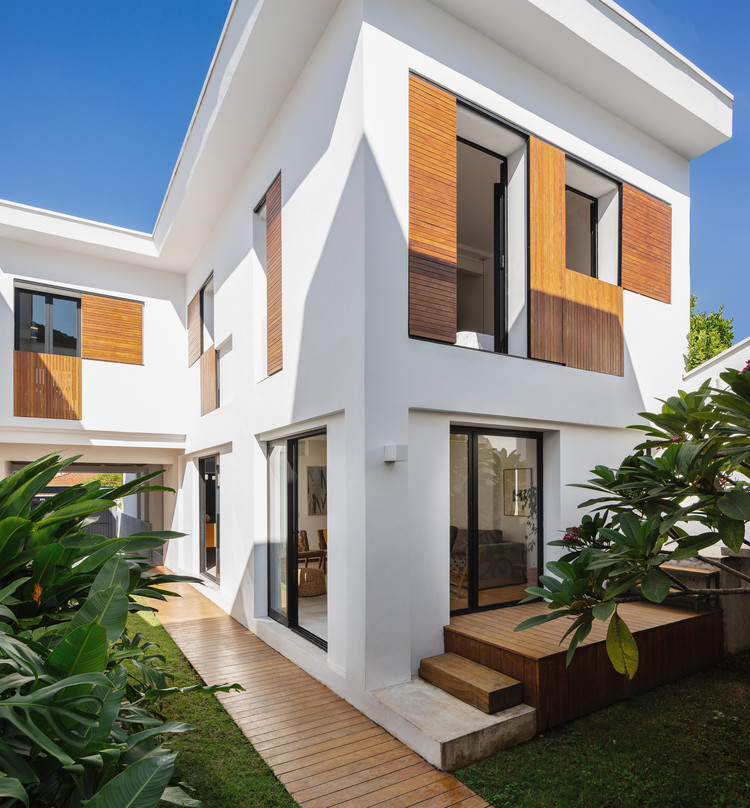 Text description provided by the architects. Right when we first arrived in Brazil Flavia and Beto, unlikely to Brazilian habits, trusted two newcomer Spanish Architects to design their home. Their believed that our international vision could transform a bunker-like construction that an elderly couple monastically lived into a welcoming space for their growing family.

We set our goals in this architectural project on the social realm. We researched on kids behaviors and family habits; we translated those moments into fluxes, synergies and materialities. We opened the existing “boxes” into two social platforms. One continuous and open space on the ground floor that connects entrance, living, kitchen, dining, playroom, and studio will all the gardens. The second floor resulted into a open/close layout where the master, the kids and the guest bedrooms can behave both independently ore as one.

A major challenge was achieving bigger façade openings. We maximized the openings and together with their sliding wood strips shutters re recreate the perception on transparency and openness that the existing construction lacked. 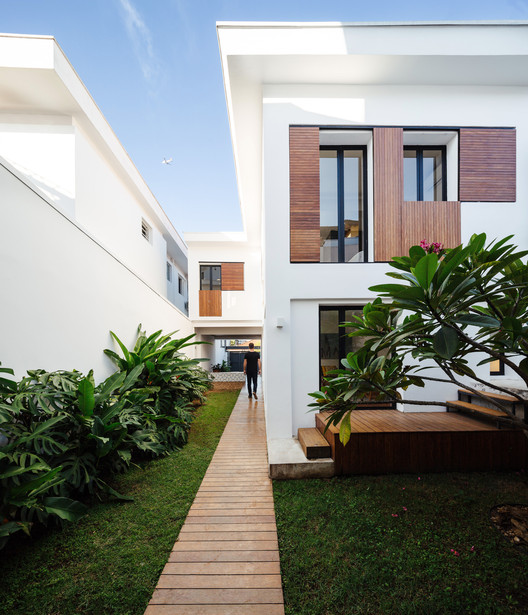