Save
The Club Stand / Bates Smart 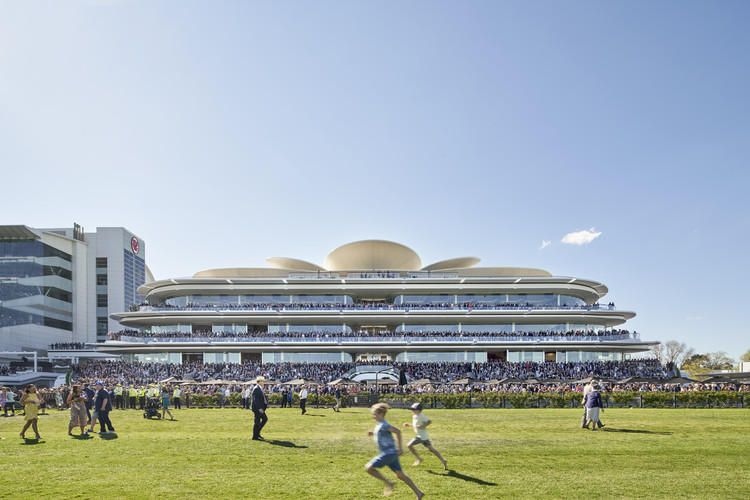 Text description provided by the architects. The brief from the Victoria Racing Club (VRC) for the new Club Stand at Flemington Racecourse was to create a symbolic building that would not only celebrate the incredibly rich heritage of the club but exemplify the future and change the race day experience forever. The team responded with the resolve to create a strong and memorable building—one which would become an indelible part of Flemington’s future. The intention was to not only reinvent the very nature of the grandstand, but also the types of hospitality venues on offer for members.

Initial explorations determined a distinctive and clear rationale that resolved functional problems but also revealed the potential to create an emblematic stand that acknowledges the site context. The oval shape of the building is fundamental to this and helped to resolve key problems of the site, with the stand’s ‘in the round’ design allowing for a panoramic experience that captures the theatre of horse racing on all sides. The highly-sculptural and curvilinear design was inspired by the shape of the racetrack, race day millinery and Flemington’s iconic rose gardens, and occupies nearly the same footprint as the former Members’ Old Grandstand, but with greater capacity.

Positioned near the main entry, The Club Stand is a focal point that cross-connects multiple elements of the course including the Members Lawn, Pre-Parade Ring, Betting Ring, Committee Room, and Winning Post. The design acknowledges this context and the sweeping curvilinear and sculptural form of the design provides the opportunity for members to view the energy and excitement that happens both on and off the racetrack. The building’s oval form captures the dynamic spirit of the location, while the tiered ‘petal’ cantilevers impart a strong sculptural presence that differentiates the stand from other racing grandstands, both within Australia and internationally.

The well-defined architectural language of the exterior is continued internally. The flexible quality of the interior was achieved by considering the hospitality spaces as akin to stage sets, which could be ‘plugged’ into the timeless shell and given distinct personalities in order to appeal to contemporary expectations and the varying needs of members. The team invested a vast amount of time to research and analytical studies, observing and collecting data about visitor movement, patterns, and operations. This research informed the design and venues were planned with an understanding of pedestrian movements, ensuring visitor comfort is maintained during peak periods.

For race-goers, the new stand delivers a diversity of dining and entertainment options, with thirteen different venues providing an unrivaled race day and events experience. Celebrating the lineage of The Club Stand was of vital importance and the design is imbued with sophisticated references to the history of the racecourse and the VRC, while at the same time championing its evolution and future. The VRC’s extensive collection of artwork and memorabilia, as well as repurposed elements from the former grandstand, are woven through the building providing a historic texture to the design. 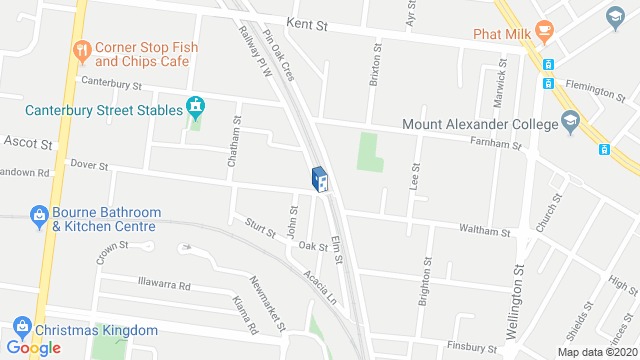 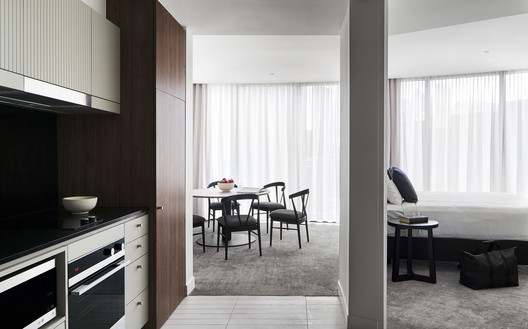 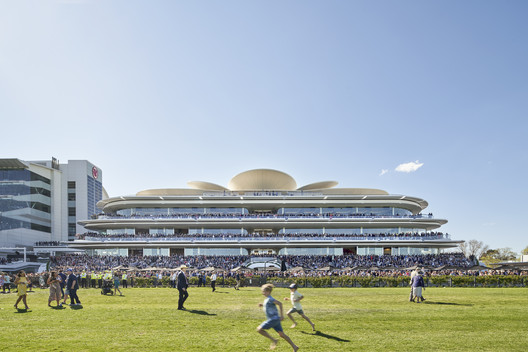