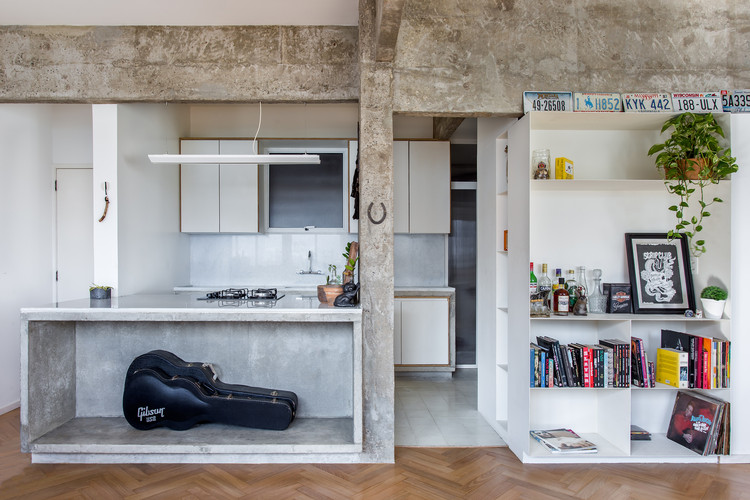 Text description provided by the architects. Finished with exposed concrete and wooden details that open up to a lagoon view, the renovation of “Apartamento Marchi” located in Lagoa neighbourhood in Rio de Janeiro, Brazil aimed to connect the interior spaces to each other to make them ample and integrated as living areas.

Constructed in the 1960’s, the original building had a robust structure with irregular and unaligned spans providing little flexibility for the needed spatial reconfigurations. To achieve that, interiors were resized and redistributed into new living spaces that opened up to the stunning view of the lagoon. Originally, the apartment included three bedrooms, a living room and service areas, which were then transformed into social areas. A new space was opened towards the living room and the service area was reduced by half to become incorporated into the kitchen and laundry.

The original structure of the building, made of reinforced concrete, inherently creates a rigid core acting as a nuclear unity articulating all rooms. That core becomes the apartment’s main bench, which centralizes and at the same time organizes social activities. The wooden flooring complements the concrete structure as the only expressive materials in the project emphasizing the desire to receive as much light as possible so the walls surfaces and metal bookshelves painted in white, are washed by external light. 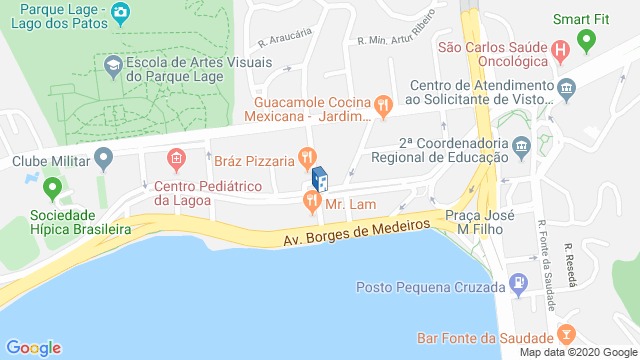