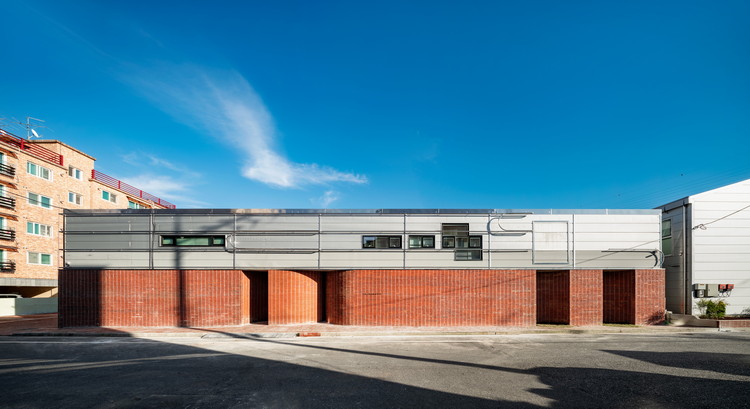 Text description provided by the architects. This company makes baby goods out of bamboo fiber. It became a great company after several trials and errors, and they wanted to work in a place better than a prefab building where the company had started its business. Around the company’s prefab, used since 2013, there are many similar prefabs as every company here do similar businesses like manufacturing, distributing, and packing goods.

However, each trace of history that remained in each building can never be the same. Its unique texture seemed very meaningful to us and we decided to leave all those tracks of time like dust and water spots in the way they used to be. That’s how we connect today to the past.

The exterior part of a building was made of 190*90*60 mm red bricks. The red brick, a semi-permanent material and a symbol of modern Korea (most of the modern buildings were made of red bricks during the Japanese colonial era) seemed appropriate to give dignity to the prefab that looked quite light. These bricks divide the building in half along the line on the floor of the extended 1st floor. The dividing process cut this place in half and it helps both parts to coexist in a peaceful way at the same time.

We wanted to leave the part of the original building so that they can make a wonderful harmony. Some gestures were left to recall memories of the past by making semicircles at the entrance of the building or in places where some things were removed. Translucent polycarbonate panes pass through the building which was cut in half by red walls. Plants with green leaves and bamboo sculptures under soft natural light emphasize the size of the space which is eight meters high.

Talking about sculpture, we weren’t planning about making it in the beginning. But we had to throw away bamboos which were in the front yard and decided to up-cycle them. The balanced shape of the bamboo plants supporting each other using those elasticities looks like a star.

To return to our mottoes, those red bricks connecting the exterior and interior parts of the building show gestures of this garden and became flower beds and stairs. These clay bricks creating various kinds of figures both inside and outside of the building give us an even glamorous image. We hope that this space could make a perfect harmony between old and new things and could make today even firmer while keeping the past in mind. 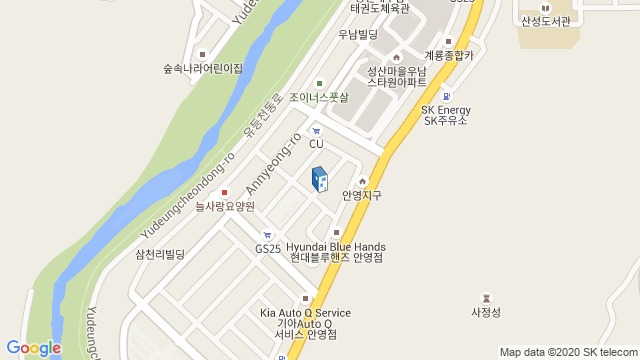 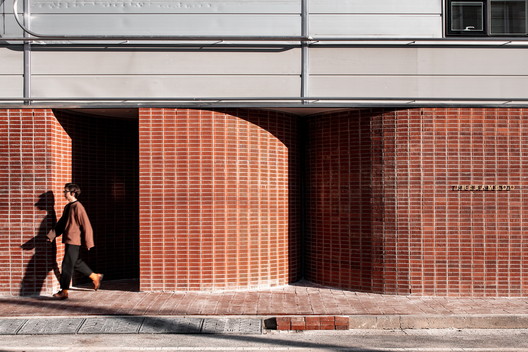 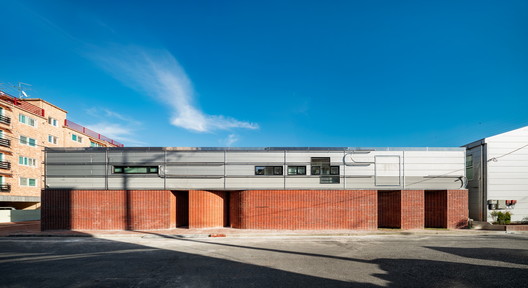