Text description provided by the architects. Tokyo Metropolitan government completed the restoration of Teien Art Museum’s main building and the expansion of its annex in 2013, and then after renovating several gardens, seismic retrofitting of the tea house, and completion of the restaurant, the entire museum was reopened in 2018. The site of the museum is divided into north and south by the ridgeline of the topography that runs east to west.

The north side is a quiet place that retains much of the scenery when former prince Asaka lived there. Prince Asaka’s residence was built in 1933. This area was restored to its original appearance as much as possible. On the other hand, the south area has been renovated as a new spacious garden. The restaurant site is located at the southern end of the entire museum site and is surrounded by nature and historical buildings which is rare for the city center. We aimed for an architecture that respects these surroundings and responds to it as much as possible.

“View / Light”
The garden on the west side is the main view from the restaurant. Naturally, sunlight from the west has a negative effect on the view and the indoor environment. As a result, the eaves have been kept low to block out sunlight from the west. On the east side, the roof has a glass gable to take in soft natural light. Careful consideration was given to ensure that glare does not impair the view and comfort.

“Terrain”
At the end of the ridgeline on the north side, there has been a lawn space since its foundation. The restaurant is designed to look like the terrain, with the eaves lowered toward the ridgeline so as not to disturb the historical landscape.

“Trees”
Looking at the former restaurant building, it was clear that the roof might be exposed to fallen leaves all year round because of the dense trees around it. As a countermeasure, the roof is shaped so that fallen leaves are washed away. In this way, a unique curved roof, flat in the west and rising to create a gable in the east was created as an integrated form in response to the surrounding environment. Along the roof, the indoor ceiling also has a curved surface. When guests sit in this space, the curved surface created by the wood allows them to feel dynamic shape and light transitions.

To bring the scenery into the room, the opening is maximized towards the north and west gardens and no vertical frame is used. By concentrating the horizontal forces caused by the earthquake and wind on the backyard, the pillars in front of the seats are minimized (65mm). Under the dynamic roof covered with wood, a dining space surrounded by gentle natural light, blessed nature and a beautiful garden was created. We have made every effort to design this architecture with respect and dialogue for the surroundings. 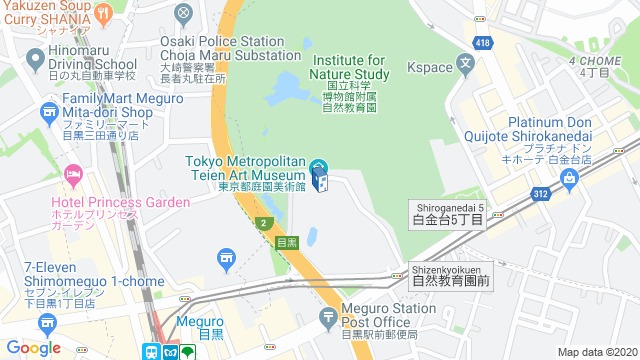 Location to be used only as a reference. It could indicate city/country but not exact address.
Share
Or
Copy
About this office
KUME SEKKEI Co.
Office
••• 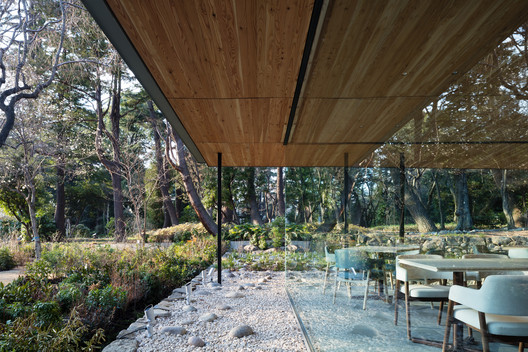