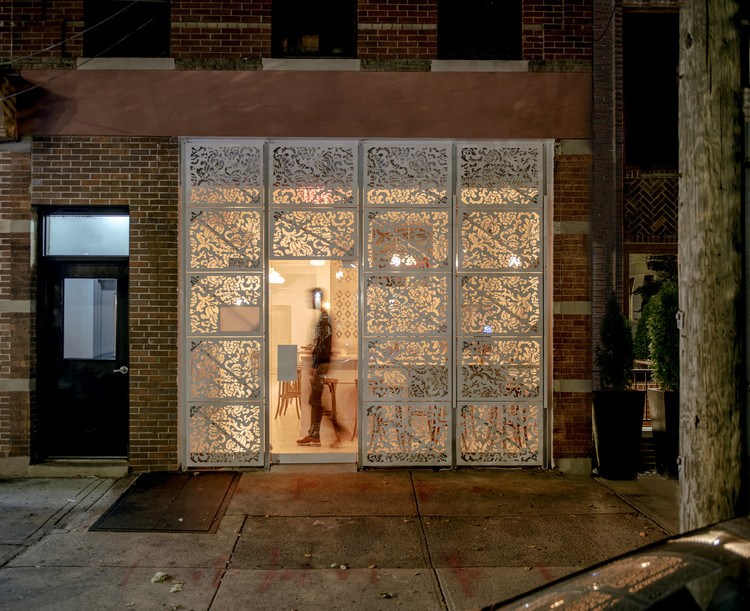 Text description provided by the architects. SAW.EARTH and Outpost Architecture have collaborated on the design of Rangoon restaurant, a kinetic retrofitting of a former bodega in Prospect Heights, Brooklyn. With the goal of reducing waste and costs to the lowest possible amounts, the architects retained as many original architectural elements possible. This primarily included retaining the existing kitchen and glass facades.

To create a new visual and spatial identity that accurately reflected the culinary influences of the chef, the architects designed two kinetic screens to be retrofitted over the existing facade and kitchen areas. These screens were created out of laser-cut aluminum panels and driven by remote-controlled actuator motors connected in a parallel linkage.

The patterns for each screen and their physical movement reflect the cuisine created by the chef: traditional Burmese cuisine with Victorian accents. Throughout the day, the screens can be remotely controlled to allow for more or less privacy in the dining areas.

The exterior screen also creates a kinetic visual and architectural identity for the restaurant in addition to providing shade and night time security. 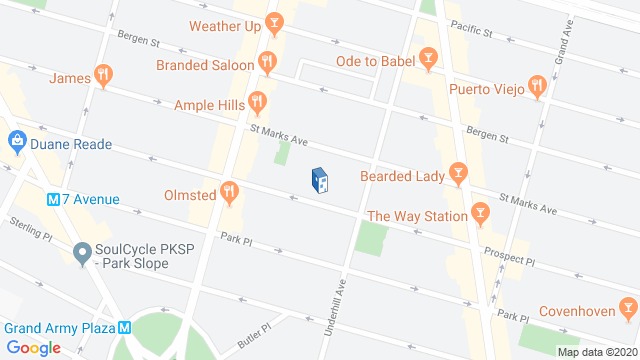