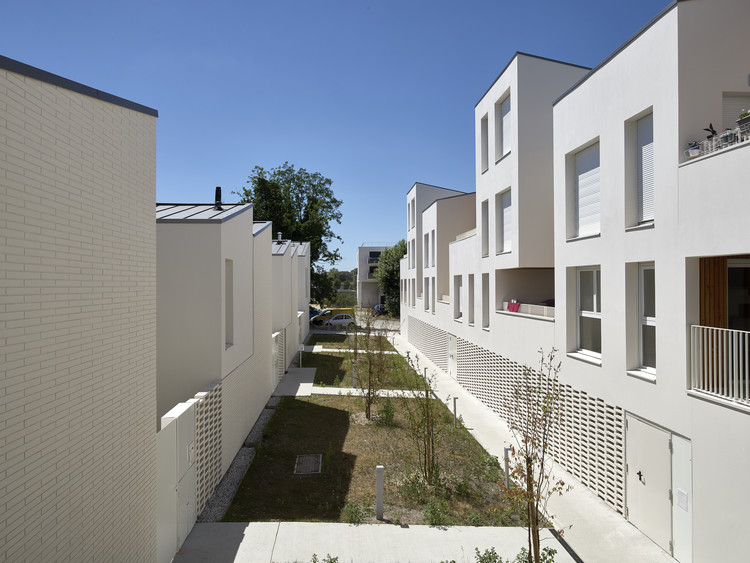 Text description provided by the architects. In accordance with the study carried out by the city of Bègles in the context of the development of the Place du 14 Juillet, the buildings are installed in R + 2 at the alignment of Avenue Jules Guesde, while sparing in the center a wide break which gives access to a new public plot, bordered by two commercial premises.

Like two erected "totems", buildings A and B thus define the entrance to this small neighborhood public space. The plot overlooks the large central garden which structures the project over the entire length of the site. From the square, access to the garden is via a wide staircase accompanied by a planted embankment.

Taking advantage of the uneven terrain, the semi-underground car park emerges at the Allée de Centujean (where the vehicle entrance is located) and is found buried on the avenue Jules Guesde side. It is strictly located under the control of Building A.

In general, the built volumes are generously fragmented, echoing the fragmented urban fabric around. Most of the project's roofs are sloped; a single slope or the contemporary interpretation of the double slope roofs of houses and pavilions in the neighborhood.

The project turns around along an alley joining rue Léon Gambetta. Along with a series of T3 strip houses, their volumes play sometimes with alignment, sometimes with withdrawal and sequence the passage. The construction ends at the bow on rue Léon Gambetta with a small collective volume (building C) which marks the entrance to the project as the "totems" of avenue Guesde, and reveals the heart of the block.

The project offers 32 dwellings, of very varied typologies and configurations, adapted to the various current family patterns. All accommodation without exception has an outdoor area. No accommodation is mono-oriented. We favored the East and West orientations for the houses.

Favoring a small scale of housing and echoing the surrounding fabric, the project also offers some housing in very small collectives which all benefit from a double, even a triple orientation and a loggia.

In addition, the project offers 2 free rooms on the ground floor of buildings A and B, with a window on rue Jules Guesde and on the newly created plot. With the vocation of trade, restaurant or small neighborhood equipment, they are located at the crossroads between public space and the heart of the block. 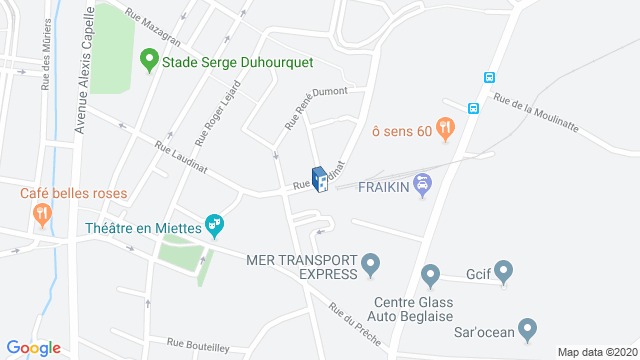 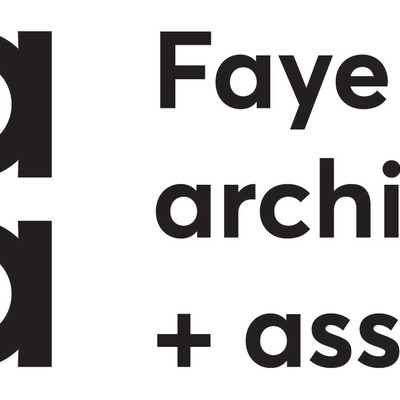