Save
The Facts about Architecture and Climate Change
Share
Or
Copy

The "Climate Emergency" continues to embody a renewed worldwide focus on tackling climate change. While there is no "one solution" to the multifaceted challenges brought about by this crisis, there is an onus on every citizen, in both a personal and professional capacity, to apply their skills and actions in addressing the profound pressures on the natural world.

For those involved in the design of buildings and cities, be they architects, urbanists, or citizens, there is a deep responsibility to be aware of, and design for, the impact of climate change. With 36% of global energy devoted to buildings and 8% of global emissions caused by cement alone, the architectural community is deeply entwined with the flows of materials, energy, and ideas that relate to climate change, both causes, and solutions.

Addressing the often-disparate waves of information associated with the topic we have curated a list of the most important facts and figures pertaining to architecture and climate change. Using exclusively reputable, trusted sources, this collection serves as a toolkit, a starting point for members of the architectural community to learn more about how their skills can be used to fight the biggest crisis of our time.

82%: The global energy consumption in buildings supplied by fossil fuels in 2015.

17%: Total energy consumption in the U.S. produced by renewable energy in 2018.

25%: The amount of energy in the UK supplied by renewable sources, representing a steady increase since 1998.

33%: The share of global energy-related greenhouse gas emissions emitted by buildings. This makes them the single biggest global emitter by sector.

2050: The year where emissions from buildings will have doubled since 2017. This will largely be due to new floor space requirements.

1%: The approximate rate that building-related CO2 emissions have continued to rise since 2010.

2030: The deadline for lowering the "energy per square meter" used by buildings around the world by 30%. This is the target required in order to meet the global climate ambitions set out in the Paris Agreement.

2018: The completion year of the HarvardHouseZero by Snøhetta, which renovated a pre-1940s building with extensive sustainability features.

28: The number of cities around the world that have signed the World Green Building Council’s "Net Zero Carbon Buildings Commitment."

70%: The share of global energy-related greenhouse gas emissions attributed to cities. This is despite cities only occupying 3% of the Earth’s land.

250 million: The number of carbon emissions, in tonnes, that could be saved by 2030 if cities embraced electric public transport. This would improve human health, and lower both noise and air pollution.

230 billion: The area, in square meters, that will be added to cities around the world in the next 40 years. This is the equivalent of an area the size of Paris being added every single week. This means that, although the energy intensity of each square meter of the built environment is decreasing (1.5% per year), it is being outpaced by the rate of growth of the global floor area (2.3% per year).

50%: The percentage of new buildings to be built by 2060 which will be built in the next 20 years. Two-thirds of these buildings are to be built in countries that do not have mandatory building energy codes.

80%: The percentage of buildings in UK cities that will exist in 2050 that have already been constructed, emphasizing the importance of decarbonizing the existing building stock.

$40 billion: The amount of money in damages caused by flooding annually around the world. In the US, the figure is $8 billion.

670: The number of U.S. towns and cities that will face repeated flooding by the end of the century. Today, the figure is 90.

0.9: The average temperature increase in degrees Celsius in the UK since 1960.

85%: the area of Venice flooded during extreme flooding in November 2019, including the historic St Mark’s basilica.

4.2 million: The area of land in square feet that New York wants to rezone for commercial and educational use to create a “living laboratory” to cope with the effects of climate change.

880 million: The estimated number of people living in informal settlements around the world that are highly vulnerable to climate change.

8%: The share of global CO2 emissions generated by cement alone. If it were a country, it would be the third-largest emitter behind China and the US.

2.2 billion: The amount of CO2, in tonnes, produced by the world’s cement production each year.

2030: Annual emissions by cement must fall by 16% by that year to stay in line with the requirements of the Paris Agreement.

1 million: The amount of CO2, in tonnes, captured by timber frame construction in the UK, with 15% to 28% of new homes annually using the material. In general, one cubic meter of wood contains a tonne of CO2, similar to 350 liters of gasoline.

1000: In cubic meters, this is the amount of CLT that can be created by 500 harvested trees. Major CLT factories can process 50,000 cubic meters per year, trapping the sequestered carbon of 25,000 trees per year.

230: The energy savings (in EJ) to 2040 that could be gained by integrating smart controls and connected devices in new buildings. This would lower building energy consumption by 10% globally.

1 kilogram: the amount of CO2 captured every day by ecoLogicStudio’s “Photo.Synth.Etica” biocurtain, the equivalent to 20 large trees.

30%: The increased rainwater capacity of the Climate Tile, created by THIRD NATURE, IBF, and ACO Nordic.

2.7: The height, in meters, of 3D printed concrete columns developed by ETH Zurich, which aim to significantly reduce the environmental demands of the material, in terms of both manufacture and waste.

2050: The American Institute of Architects’ target year to achieve net-zero emissions from the US building sector.

658: The number of firms that have signed up to the American Institute of Architects’ "2030 Commitment", pledging energy efficiency and carbon neutrality. You can sign up here.

811: The number of firms who have signed the "Architects Declare" pledge, set up by UK architects to declare a climate and biodiversity emergency

17: The number of Stirling Prize-winning firms that have signed up to the "Architects Declare" pledge.

11: The number of goals set out by the "Architects Declare" platform, including raising awareness for climate emergencies, and advocating for rapid change towards regenerative design practices.

2002: The year that Architecture 2030 was founded, a professional alliance that promotes sustainable design practices.

Editor's Note: This article was originally published on January 03, 2020. 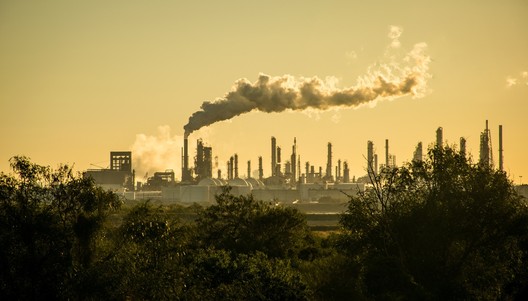