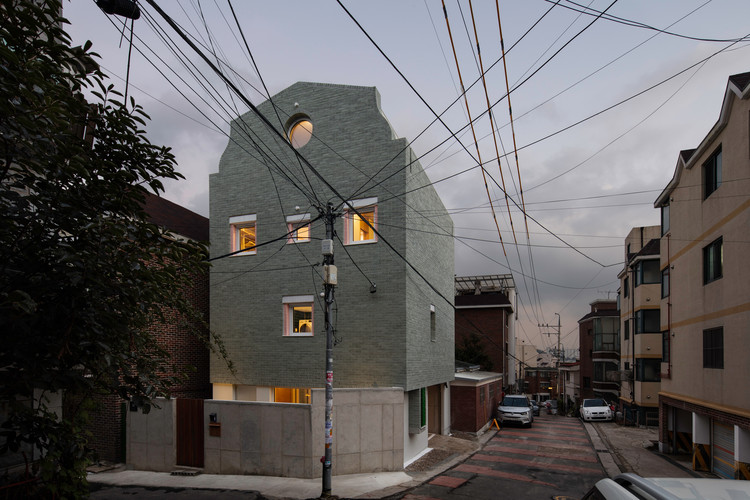 Text description provided by the architects. As the traditional role between men and women become blurred in modern society, the privacy at home and the basic nature of spaces in the house is being changed. Even the privacy among family members that had been overlooked in the past patriarchal era with a large family is now the most basic thing to insure, especially among married couples. The economic independence of women through increased participation in society plays a role in this. As a result, the kitchen has turned into a café-like space with a large table out of its traditional function of producing the food. It is also a wine bar for the soon-to-be married couple to stop by after work.

Most tiny houses in Korea are normally very complicated inside without a sense of openness as they try to accommodate many things, but Malefemale house tries to satisfy the function and structure, practicality and openness, simplicity and novelty at the same time only through the staircase, the indispensable architectural element. The stair penetrates the house in the center, separating each floor into the living area to the south and into service areas of bathrooms and closets to the north, and by using the bathroom as corridor it forms an 8-character circular movement on each floor. These simple yet functional movements make the experience of space even richer.

Living room on the 2nd floor and bedroom on the 3rd loosen the privacy between them because they have the same area and type, however, with independent toilet on each, the living room is again implicitly occupied by men and the bedroom by women. Blue-green marble wall in the living room and red wooden wall in the bedroom are materials that represent such properties both typically and symbolically. The symmetry of interior space reveals the faces of different genders to the north and the south and the figure, as if it were a miniature of a Baroque Cathedral in a souvenir shop, creates quite a cute feeling due to its mismatch of style and building scale. 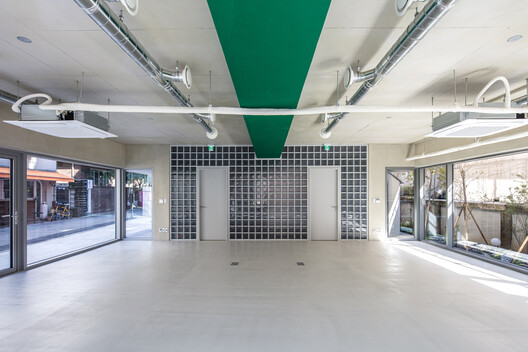