Safdie Architects is known for creating some of the most unique architecture with Habitat 67 and Jewel that just opened in Singapore and now with Raffles City Chongqing. Can you take our audience through that design process? (2:10)

Raffles City is now the world’s tallest sky bridge. How much of Safdie Architects designs are just pushing new typologies just for the sake of creating something that has never been done before? (5:10)

You started at Safdie Architects as an intern. In your opinion what sets the office apart from other firms at that level and what keeps people with the firm? (11:04)

You have taken part in a number of projects all over the world from Crystal Bridges Museum in Arkansas to the Singapore and China. How has the exposure to so may different cultures influenced the way in which you, or the firm, approach a design? (13:40)

You lead the firm’s business management and operations. I think some young architects value design over the business side of architecture. How does having a clear understanding of the business contribute to Safdie Architects? (19:20) 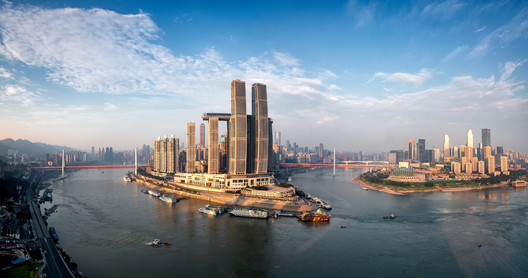