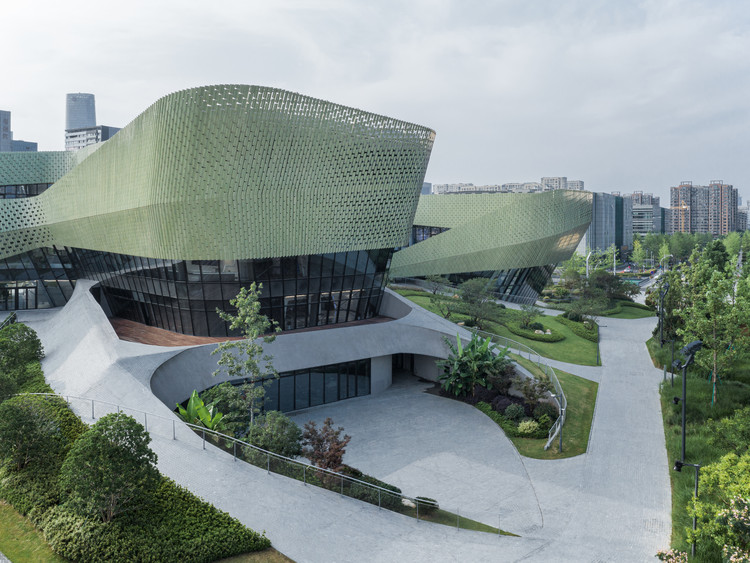 Text description provided by the architects. It is located at the heart of the newly built “Ningbo East­ern New Town” adjacent to the city hall and the civic square. The Ningbo Urban Planning Exhibition Center is supposed to be more than just a simple presentation space. The goal was to create an engaging, accessible public space in the new district, and thereby foster the dialogue between citizens and decision-makers.

To emphasize the role of the center as a public venue, it has been developed as a continuation of the surrounding waterfront landscape and is, therefore, an integral part of the public park. Connecting pathways, bridges and streets have been woven into a topography leading to the many entrances of the building. The boundary between the park and the building has been blurred.

The City of Ningbo has a rich history of ceramic production. It was here that the so-called Ceramic Road began. The city played an important role in the national and international trade of ceramics throughout the civilization’s history. That said, the use of glazed ceramics is not simply an homage to the local traditions of Ningbo; the building’s textured glazed ceramics also create ephemeral reflections of the surrounding landscape. These reflections animate the facade with varying intensity depending on the time of day, season, and weather.

The exhibition halls are mainly allocated on the third and fourth floors of the building. The first and second floors offer a large variety of public spaces, including a restaurant, library and reading space, meeting areas, a children’s education and playground, classrooms, as well as a large multi-purpose event hall. On the roof, which is also directly accessible from the landscape, a café invites visitors to relax and enjoy the views of the surrounding city.

It was never the intention to demonstrate the capabilities of digital tools by means of this project. Nevertheless, this building couldn’t have been designed, developed, produced and built without the help of cutting-edge digital technology. In order to cope with the complexity of the spatial allocation and coordination of the structure, curtainwall, secondary structure, and ceramic skin a tailor-made computer script had to be coded. The script automatically generated a 3D model of the structure and façade, as well as production drawings for the respective contractors. 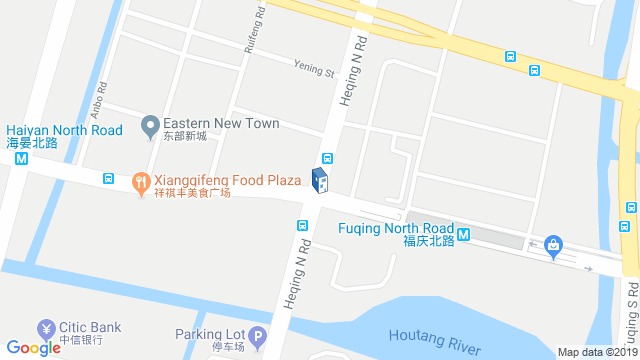 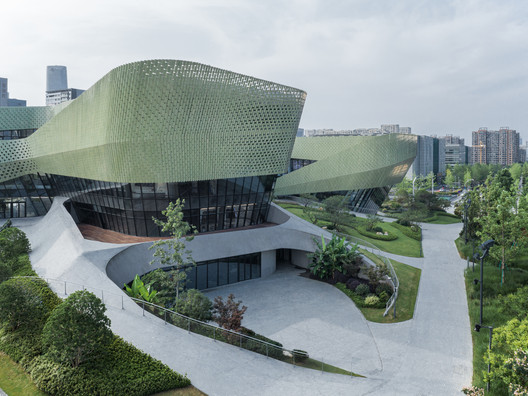