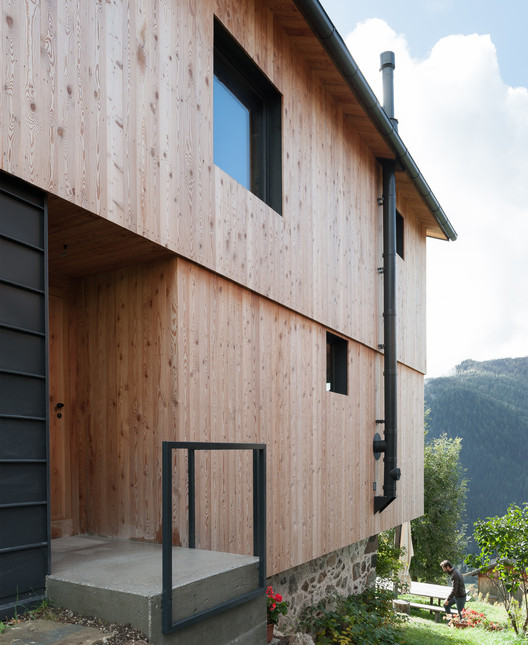 Text description provided by the architects. A family acquires a tabià and the neighbouring hayloft portion, which is on the verge of collapsing. This portion gets demolished, while its stone basement is consolidated – allowing to reinstate the initial volume in the future.

The structurally sound portion remains abandoned. Twenty  years later there is an opportunity for re-building the missing portion. 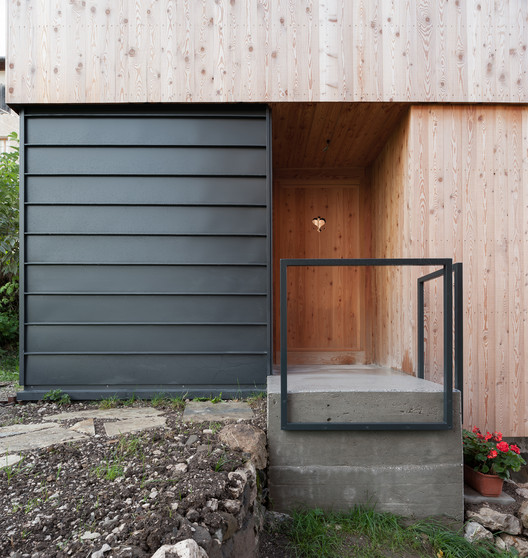