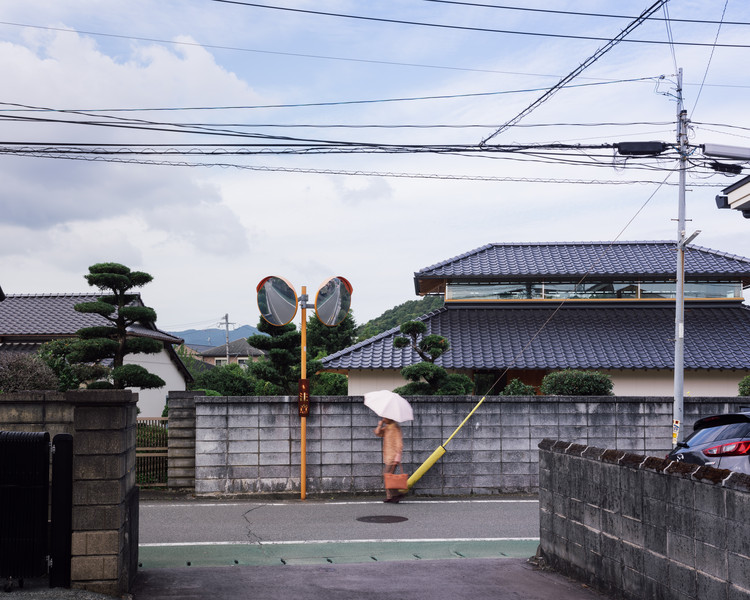 Text description provided by the architects. It is a house for a couple who took over a large site. The main building where the elderly mother lived was damaged and demolished by the 2016 Kumamoto earthquake. The site was surrounded by tall block fences with a barn and garden trees left behind. The owner requested a space full of privacy and light.

First, the block fence surrounding the site was reinforced and reused to meet current standards to protect privacy from the road. By referring to the two-step roof of the barn that was left on the site, a part of the roof was lifted to create a 360 ° opening, and a cross-sectional configuration related to the area through the building.

The line of sight from the road extends along the top of the block wall and passes through the two steps of the roof to the sky. This gap is also a high-side light that delivers stable light inside that is not affected by the surrounding environment. The 2.7-meter square grid was used as a structural rule, and a living room and a dining room were placed under the raised roof, and private rooms and water were placed around it.

The partitions, which are adjusted according to the required area of ​​each room, release the plane from the structure and create various sequences. At this time, the rooms in the east and west and the living room share light and wind, the role of the block wall outside replaces the wall under the beam, and the external physical experience continues inside. 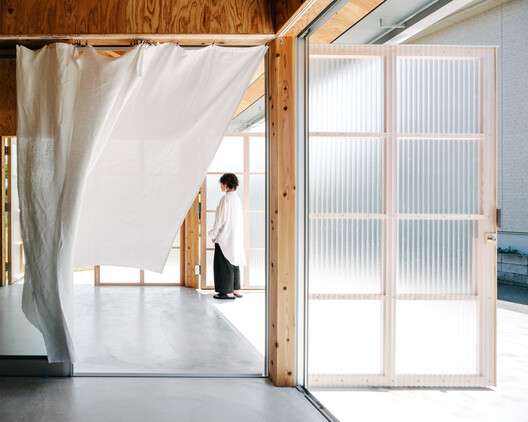 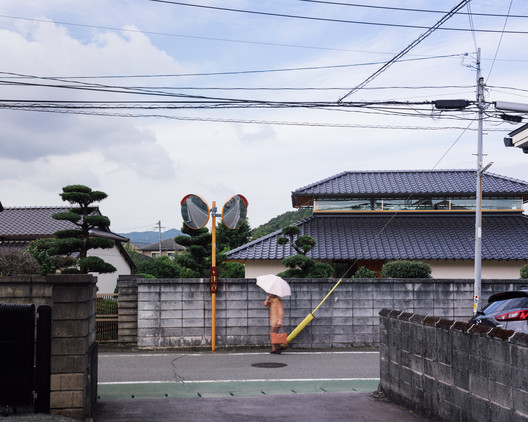