Quatre Caps, a group of architects from Spain visualized in a series of images, the unbuilt works of Fernando Higueras. In fact, the pictures portray the buildings in their context, as if they were built back when they were first conceived. 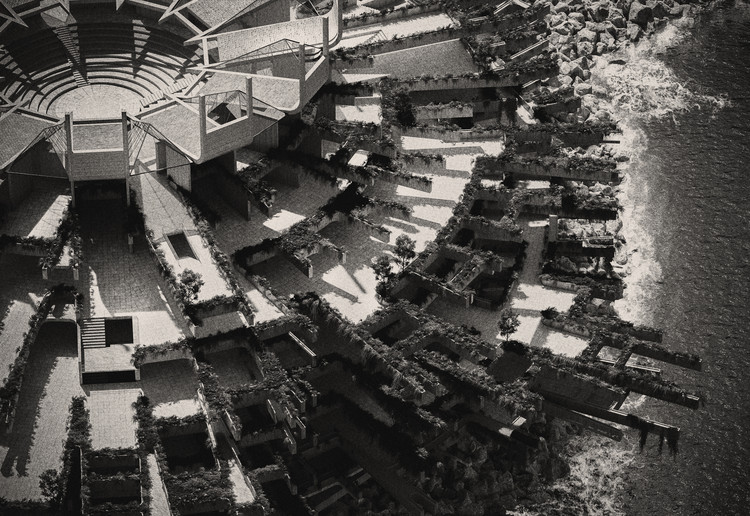 Specialized in visualizations, the architects tackled with the 20-year journey of Higueras, the Madrid born architect, famous during the ’70s. They introduced a different theoretical approach to his work, by imagining and representing how his architectural creations would have looked like if they were actually built. Read on for the full description of the initiative by Quatre Caps.

Architecture, except on few occasions, is built. Rare are the cases in which an initial design that has not come to be constructed, comes to be transcendent. Generally, unrealized projects disappear without the option of revision; in the same way that unfilmed scripts die.

How would they really have been like? Which relevance would have they reached?

Can a single work change the trajectory of an entire discipline? In a way, they all do. Any work built will open a way, lift a style or even form part of the culmination of a movement. Everything adds up and everything influences in one direction. We are talking about a living network of styles halfway between cooperation and survival. A multiform mass that normally walks and sometimes jumps.